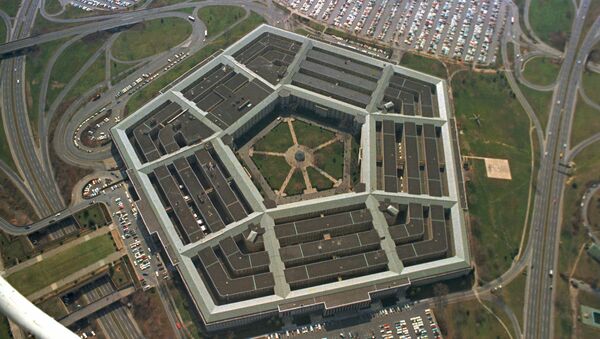 © AP Photo
Subscribe
Observers are claiming that moving the India Rapid Reaction Cell away from the Pentagon does not augur well for India-US defence cooperation, as it denotes that the Pentagon has lost interest in India as a strategic partner.

New Delhi (Sputnik) — Just three years after setting up the first ever country-specific cell in the Pentagon, the US administration has moved the India Rapid Reaction Cell (IRRC) to 6 miles away from the iconic building, Seema Sirohi, a Washington-based senior journalist specializing in foreign policy, wrote in the Economic Times. As per the report, the strength of the cell has been reduced to 2, from 7 officers in 2015.

READ MORE: Donald Trump Claims US Has No Ally 'Worse Than the EU' in Candid Interview

The cell was established in January 2015, right next door to the defence secretary's office to "ramp up operational tempo" in defence co-operation, including defence trade.

"Bad sign for security cooperation between the US and India…At the US Department of Defence, the policy is made at the Pentagon, not an annex. This move speaks volumes", Jonah Blank, an author and senior US journalist, reacted.

India Sells Off Over 15 Bln in US Dollar Bonds, Following in China's Footsteps
While it was being set up, the US administration had said that the cell would transform the bilateral defence relationship without any bureaucratic obstacles. The purpose was also to move away from the traditional buyer-seller dynamic to a more collaborative approach, explore new areas of technological collaboration and expand business ties. In 2016, then President Barack Obama granted India the status of "Major Defence Partner", after which the bilateral relationship was viewed as one encompassing solid trust and cooperation.

However, the latest move by the US has sparked speculations that it might have a lot to do with India's soured relation with Ellen Lord, under secretary of defence for acquisition and sustainment in the Trump administration. Ellen Lord, who was previously the CEO of Textron Systems, was fined $300,000 by India's Defence Ministry earlier this year for failing to meet the offset commitments on a $257 million deal to supply precision guided cluster bombs to the Indian Air Force, prompting Textron to wind down its business in India.