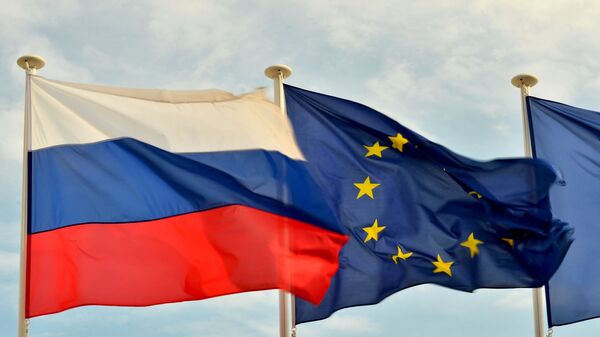 World
New Anti-Russia Sanctions to Complicate Talks on Kerch Strait Crisis - Berlin
Relations between Russia and the West have long been tense over Moscow's alleged role in the conflict in the east of Ukraine, which has prompted to the European Union to introduce sanctions against Russia. Despite Minsk peace agreements, set to put end to conflict between Ukrainian government and the country's eastern breakaway republics, no significant progress has been reached.

Relations between Moscow and Kiev deteriorated in 2014 after Crimea's reunification with Russia and amid the crisis in eastern Ukraine. Ukrainian authorities have accused Russia of interference in Ukraine's internal affairs and involvement in the conflict in Donbas as well as espionage and cyberattacks.

Russia has repeatedly denied the allegations, stressing that it is not party to the internal conflict in Ukraine and wanted Kiev to overcome political and economic crisis.

The conflict in Donbas started in 2014, when Ukrainian authorities launched a military operation against the self-proclaimed republics that refused to recognize the new government in Kiev, which came to power after what they considered to be a coup.

In February 2015, the warring parties signed the Minsk peace accords to end the hostilities in the region, but the situation has remained tense, with both parties accusing each other of ceasefire violations.