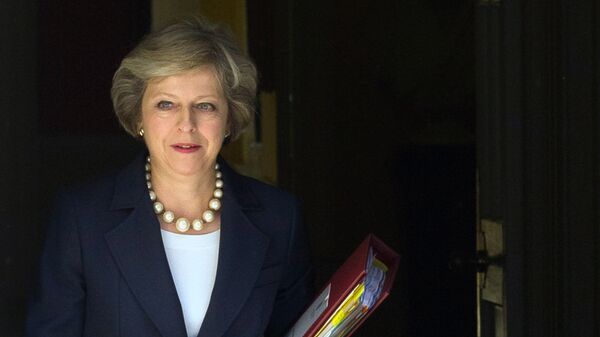 The UK PM will face a vote of confidence in her leadership of the Conservative Party on Wednesday night after the 15-percent threshold necessary for the ballot was exceeded amid a delay on the Brexit deal vote, according to a statement by Sir Graham Brady, the chairman of the 1922 committee.

UK Prime Minister Theresa May answers questions from Members of Parliament in London on 12 December.

The parliament meeting is taking place after May said she was delaying the vote on the Brexit deal in the House of Commons, originally slated for Tuesday, amid lawmakers' concerns over the Irish border backstop.

The draft agreement on the withdrawal from the EU is still facing a barrage of criticism in the Commons, whose approval it requires, from the opposition and some Conservatives alike.