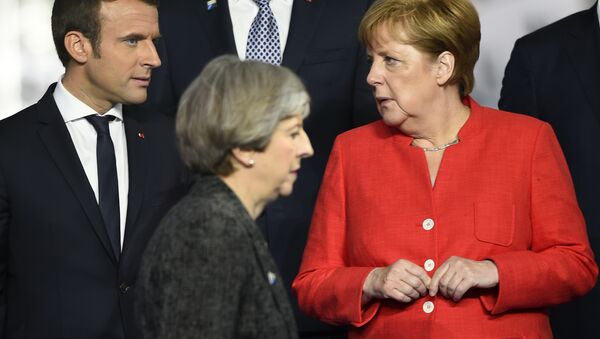 Speaking to the German Parliament, Angela Merkel said there was 'no intention' to reopen the Brexit divorce deal, which is largely opposed by the majority of MPs in Westminster.

"That's the common position of the 27 member states and in that sense we do not expect any changes arising from the debates," the Chancellor said.

Merkel added that she still "has hope for an orderly exit', warning that "we have little time, but we still have time."

The German leader has previously indicated it was in Germany's interests, as well as London's, to avoid a Hard Brexit deal.

Despite the troubles faced by the UK PM at home, EU leaders are unwavering in their commitment to the current Brexit agreement.

European Council president Donald Tusk said on Wednesday, the EU27 will issue a formal statement on Brexit late on Thursday, after hearing from Mrs. May on UK's update on Brexit.

Meeting with @MichelBarnier ahead of tomorrow's discussion of #Brexit. #EUCO pic.twitter.com/FJYBMLjm6E

Preparations for a no-deal scenario are also in works, according to Tusk.