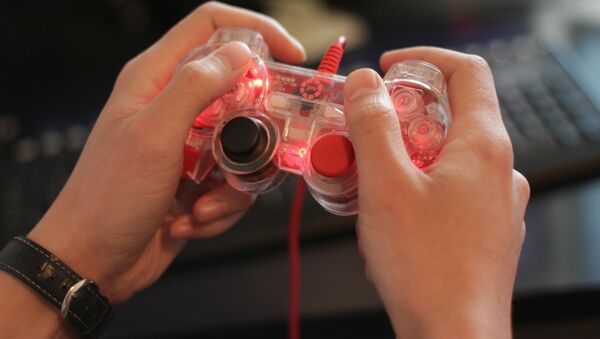 CC0 / /
Subscribe
The heated argument, which inadvertently went public, has prompted a storm on social media. While some claim that the woman was aggravating the Fortnite gamer from Sydney, others slammed the reported abuser and his advocates.

The 26-year-old gamer, who was arrested at home after he live-streamed an assumed attack on his pregnant partner in front of their two young children, has branded the incident as a “one-off” and abstained from apologising. The argument happened when the woman tried to get Luke Munday off the computer screen to have dinner. After a heated exchange, he was seen to get up and walk off, and then the woman was heard screaming while the children were apparently crying.

“I hope all of you people know that I'm pregnant and he just bashed me”, she was heard to say while the gamer screamed, “F*** off you dog, you don't pay the bills”.

A witness reported the incident to police, and three hours later the suspected abuser was detained.

READ MORE: Video Game Developers Forecast Over Million Jobs to Be Created in Africa by 2025

The gamer, placed on conditional bail, is to face court on 13 December. Munday, who is an engineer at telecommunications giant Telstra, was suspended, while his accounts at Fortnite were shut down. Munday told The Daily Telegraph that people “don't see what happens, don't actually know what happened off camera”.

“The court will decide what happens, they have the evidence, they have her statement and they have my statement, and they match. There's no issue there… Everyone thinks I kicked the s**t out of her which clearly isn't the case”, he said.

The incident prompted a wave of outrage online. Many slammed the alleged abuser and those trying to somehow explain his behaviour.

ppl make fun of women all the time for being so paranoid, but half the internet proved to be so unhinged that they defended a 26 year old fortnite streamer who beat up his 21 year old heavily pregnant wife in front of their 3 year old because she threw a piece of cardboard at him

It's kinda sickening people are defending that Fortnite streamer who hit his pregnant woman. I know it's two sides to every story in every domestic case, but for real…another child was witnessing all of that in the room. When innocent kids endure this shit it's fucked up.

When you’re in such an intense focused mind state you beat your pregnant wife infront of your kid over fortnite pic.twitter.com/9wzkJGr8nP

Those clips of the Fortnite streamer hitting his pregnant wife are hard to watch and listen to. From what I've read he's been arrested, but not before pretty much every account he owns was removed from the internet.

Side effects when playing Fortnite:
Have an urge to beat your pregnant wife and children over the littlest things.

Jk, even without games implemented, that “side effect” would still be there.

​Others scrutinized the man suggesting he has mental problems.

Why does the australian lad who physically abused his pregnant gf whilst playing Fortnite look like Maxmoefoe? pic.twitter.com/QAI4EsS4i1

000000
Popular comments
Another story of he said / she said. Innocent until proven guilty, although if the story really is true.....pfff what an a.. (profane word).