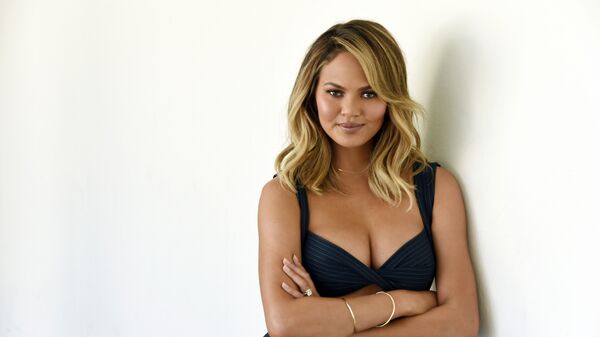 The fame of ill-fated British government has spilled over across the pond, reaching the minds of US celebrities.

The enigma of Brexit negotiations, House of Commons debates and Westminster procedures, such as the vote of no confidence in the Prime Miister's leadership, puzzled the American model and author Chrissy Tiegen.

A Sports Illustrate model, with more than ten million followers on Twitter, expressed her bewilderment with regards to the political ways of the British.

okay one of my goals for 2019 is to understand UK politics. I read and read and try and learn but my brain cannot grasp it

Vocal in her views and no stranger to social media spats, Tiegen devoted a number of her latest posts to the ongoing political developments in Britain, including a Parliamentary tradition of placing a mace in the House of Commons.

oh my NOW WHAT HAPPENS!? https://t.co/kD5b3xNXmM

Thousands joined the discussion on Twitter, attempting to explain the Brexit saga and parliamentary rules to the US celebrity.

I like to think I'm one of the more enjoyable aspects of UK politics. I live in Downing Street and have been in position longer than the leader of any of the political parties and am more popular than all of them put together! pic.twitter.com/Uk1gZzVnmO

This is Brexit in a nutshell pic.twitter.com/6Bf68TAAAX

in an incredible feat of timebending, your 2019 reaction to it already exists in gif form pic.twitter.com/D7XNVxf1aU

I can sum it up quickly pic.twitter.com/MfhT9o4xmw

Tiegen was referring to an incident that took place in the UK Parliament on December 10, when a Labour MP Lloyd Russell-Moyle seized the chamber's ceremonial mace in protest, as the government formally declared it would not continue with the debate on the Brexit withdrawal agreement.

what's the point of being able to take the giant gold thing if the lady with the sword can just stop you and make you put it back? https://t.co/iRTj4BlLjy

A thread in response to Tiegen was started by a user Sara Gibbs, who said:

"For all the brave souls who have been up all night pretending to understand the American electoral system, here are a few factoids about the British system you might not have known: In England and Wales, we vote by going to the nearest woods, finding the tallest oak tree and burying our ballots in holes beneath them. One year later, we send a ballot pig to collect them and he is rewarded with truffles and hay for each vote he retrieves."

In the United Kingdom, elections are held approximately every seven and a half minutes, with the mysterious winner ‘Don't Know' conceding victory on every vote. Elections are officially called by an elderly woman in Bristol called Brenda, whose job is to feign surprise & despair.

In order to formally form a coalition with a minority party, the party of government must offer a large, conspicuous bribe & a lock of the prime minister's hair. While the money is real, this is a purely symbolic act and does not guarantee a cooperative partnership.

One more for the road: all election results, advisory or not, are enforced by a nobleman named Will of the People, who rides the land on a white steed playing the horn and proclaiming to all: "you lost! Get over it!"

Tiegen responded to the sarcastic thread with a succinct comment:

this is all very good to know https://t.co/K5OBOxcF1J