US Getting Closer on Trade Deal With China - Pompeo 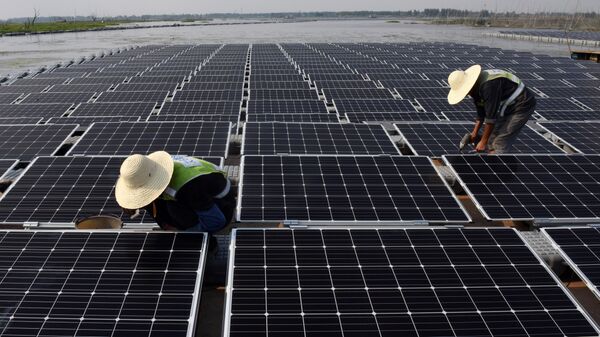 WASHINGTON (Sputnik) - The United States is advancing toward a trade deal in its ongoing talks with China, US Secretary of State Mike Pompeo said on Wednesday.

When asked whether Washington was closer to a trade deal with China, Pompeo said, “Yeah, I think we’re closer”.

“I truly think we’re closer, and I’m very hopeful in the next handful of weeks there’ll be some good announcements on that front”, the secretary said in an interview With Fox & Friends.

US President Donald Trump earlier in December expressed confidence that a trade deal between the two countries can be reached within the next 90 days.

Trump and Chinese President Xi Jinping agreed to a truce in their escalating trade war during their meeting on the sidelines of the G20 summit in Buenos Aires, Argentina.

US, Canada Not Provided Proof Arrested Huawei CFO Violated Law Yet - China
Trump agreed to suspend plans to raise tariffs on $200 billion worth of Chinese products from 10 percent to 25 percent in order to pave the way for trade talks with Beijing but warned that if the negotiations do not succeed within three months, the tariffs will be hiked as planned.

China and the United States have been engaged in a trade war after Trump announced in June that $50 billion worth of Chinese goods would be subject to 25 percent tariffs in a bid to fix the US-Chinese trade deficit. Since then, the two countries have exchanged several rounds of trade duties on hundreds of billions of dollars’ worth of goods.