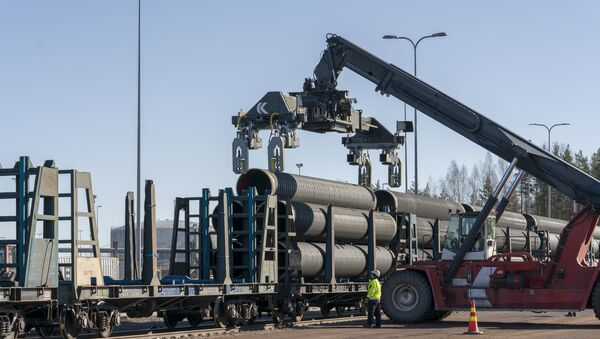 “The firms working in Russian energy pipeline sector are engaging a lot of business that carries sanctions risk. We continue to review potential sanctions actions,” Fannon said. “The US government has the ability to sanction Russia export energy pipelines under section 232 the Countering America’s Adversaries Through Sanctions Act (CAATSA),”

The statement follows Fannon's comment made on Monday that Washington believes that the construction of the pipeline poses "broad geostrategic threats" to European security and called on all parties to withdraw from it.

Russia's Permanent Representative to the European Union Vladimir Chizhov said last week that the Nord Stream 2 gas pipeline project is developing and there are no obstacles to its implementation.

The pipeline project has been welcomed by some countries in Europe and opposed by a number of others, including Ukraine, Poland and the Baltic States, while the United States has also expressed its opposition.

Last week, US National Security Advisor John Bolton said that Washington was considering some options to stop the construction of the pipeline.