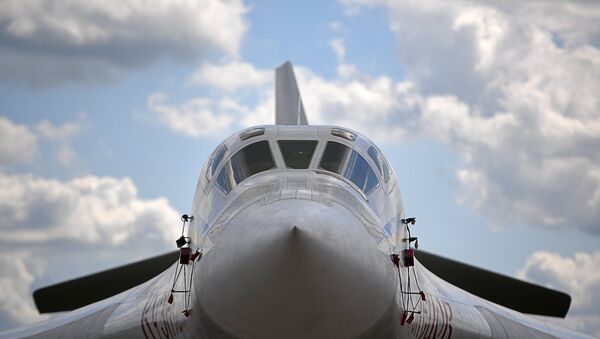 The Russian Defence Ministry said Monday that Russia's two supersonic bombers had carried out a flight from Russia to Venezuela, landing at Simon Bolivar International Airport, outside Caracas.

"Of course, it's not the Kremlin's business to comment on the Secretary of State's statements, it's certainly the Ministry of Foreign Affairs. But in this case, of course, it's not very diplomatic to hear from the Secretary of State, it's quite a serious accusation — when he voices such words regarding the Russian leadership. We consider this an absolutely inappropriate statement", Peskov told journalists in response to a request to comment on Pompeo's statements.

Russian Tu-160 Performs 9 Hour Flight Passing Over North Pole (VIDEO)
The Kremlin absolutely disagrees with the remarks made by US Secretary of State Mike Pompeo about the waste of funds by Russia and Venezuela: you could feed Africa on the US defence budget, Peskov added.

Venezuelan Defense Minister Vladimir Padrino Lopez explained on Tuesday the presence of the Russian Aerospace Forces' aircraft in the country, saying that the Russian airplanes arrived in Venezuela for joint flights with the country's airplanes and posed no threat.

"Let nobody be afraid of the presence of these livelihood airplanes, bombers, fighters and strategic bombers that landed on the Venezuelan territory. We are building peace rather than waging war," the minister said welcoming the arrival of the Russian aircraft, as quoted by the Telesur broadcaster.

According to the minister, the joint flights with the Russian aircraft are aimed at training Venezuela to protect itself against any aggression.