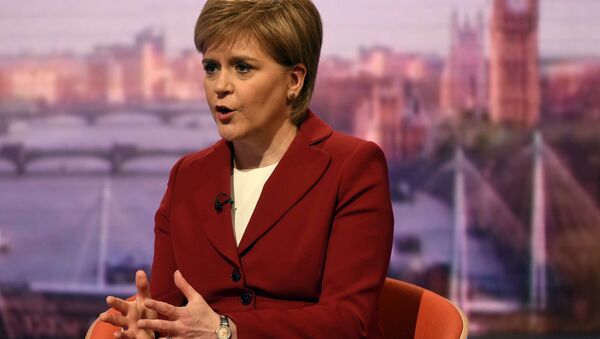 UK Prime Minister Theresa May has stunned her parliament and country by postponing the parliamentary crunch vote on Brexit. It appears however, that there are a few MPs who are finished with waiting around until Miss May decides when to hold the final vote, and are instead calling for her ouster.

The leader of the Scottish National Party (SNP) Nicola Sturgeon has called for the UK Labour Party to work with her in order to bring down Prime Minister Theresa May's government.

Miss Sturgeon Tweeted just hours before Miss May announced her decision to postpone parliament's vote on her Brexit deal, which was initially slated for Tuesday December 11. May called off the vote as it became increasingly apparent that it would have been overwhelmingly defeated by ‘no' voters.

Sturgeon's Tweet read, "So Jeremy Corbyn — if Labour, as official opposition, lodges motion of no confidence in this incompetent government tomorrow, the SNP will support & we can then work together to give people the chance to stop Brexit in another vote. This shambles can't go on — so how about it?"

So @jeremycorbyn — if Labour, as official opposition, lodges motion of no confidence in this incompetent government tomorrow, @theSNP will support & we can then work together to give people the chance to stop Brexit in another vote. This shambles can’t go on — so how about it?

​There were some however, who didn't seem to appreciate the gesture.

Perhaps — such offers — if genuine — should be made privately?

That it is made via twitter — suggests that it is not genuine but only made to play to the public. pic.twitter.com/LuYqUDVfoc

​Other however, applauded the idea.

The only consistent display of leadership throughout this entire rolling catastrophe has been from @NicolaSturgeon 👏👏👏 https://t.co/wloyVTK1eq

​Of May's decision to delay her own vote, Mr Corbyn declared in parliament that, "The Government has decided Theresa May's Brexit deal is so disastrous that it has taken the desperate step of delaying its own vote at the eleventh hour. We have known for at least two weeks that Theresa May's worst of all worlds deal was going to be rejected by Parliament because it is damaging for Britain."

"Instead, she ploughed ahead when she should have gone back to Brussels to renegotiate or called an election so the public could elect a new government that could do so. We don't have a functioning government," he added.

After facing what appeared to be the worst defeat in the House of Commons' history, which could have spelled the end of her reign as Britain's leader, Prime Minister May has instead opted to cancel the vote, but this move does not come without its own major obstacles. May has suggested that she and her negotiating team will return to the wrestling ring with Brussels in an attempt to fight for more concessions.

Yet, a European Commission spokeswoman explicitly said today that, "We will not renegotiate, our position has not changed, and as far as we are concerned the United Kingdom is leaving the European Union on 29 March 2019."