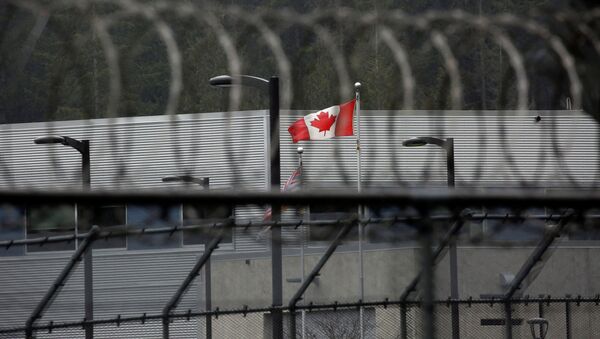 Huawei Chief Financial Officer Meng Wanzhou was arrested in Vancouver earlier this month and reportedly charged with fraud for telling UK-based banking company HSBC that the Chinese tech giant fully complied with US sanctions against Iran while one of its subsidiaries was not in compliance with the restrictions.

China has lashed out at what it described as the "inhumane" treatment of Huawei  Chief Financial Officer Meng Wanzhou who was earlier detained in Canada.

"We believe this is inhumane and violates her human rights", Chinese Foreign Ministry spokesman Lu Kang told a press briefing on Monday.

He referred to a report by China's state-run Global Times newspaper which claimed that "it seems that the Canadian detention facility is not offering her the necessary health care".

The reports came after Meng Wanzhou argued that she should be released on bail from her Canadian jail.

The 46-year-old claimed in a sworn affidavit that she has been treated in a Canadian hospital for hypertension since she was arrested on December 1 for possible extradition.

Meng is accused of fraud for telling UK-based banking company HSBC that the Chinese tech giant was in full compliance with US sanctions against Iran while one of its subsidiaries was not in compliance with the restrictions.

Her arrest reignited trade tensions between the US and China, with US markets showing signs of falling last Thursday. The Dow Jones fell by more than 400 points, or 1.6 percent, fallout which is expected to have a negative impact on European and Asian markets.

Beijing Lambasts 'Absurd' US Plans to Oust China From WTO Amid Trade War
Meng's arrest came after Chinese President Xi Jinping and his US counterpart Donald Trump met on the sidelines of the G20 summit in Buenos Aires where they agreed to a 90-day truce after months of increasing tariffs by both sides.

US Trade Representative Robert Lighthizer, for his part, stressed that Beijing-Washington relations should not be affected by Meng's detention.

"This is a criminal justice matter. It is totally separate from anything I work on or anything that trade policy people in the administration work on", Lighthizer told the CBS programme Face the Nation.