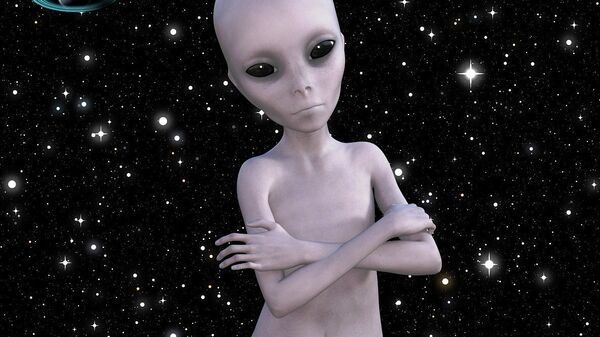 While von Daniken speculated that extraterrestrial beings that visited our planet in the past may already return and are secretly observing us, Tsoukalos claimed that humans need to become "more friendly with each other" in order for space aliens to try and establish contact with mankind.

During their appearance at the UFO Summit 2018 conference in Brazil, Erich von Daniken and Giorgio A. Tsoukalos, two prominent ufologists and proponents of the ‘ancient astronauts’ theory which postulates that aliens visited Earth in the distant past and interacted with ancient humans, explained to Sputnik when these extraterrestrial entities might return.

Viral
Mysterious Lights Filmed in Night Sky Over N Carolina Trigger UFO Debate (VIDEO)
According to Tsoukalos, the aliens didn’t attempt to make an official contact with mankind is that humans need to achieve something first.

"In my opinion, it is that we, as a society, we need to become more friendly with each other. We really need to start looking at ourselves and say, you know, we are all brothers and sisters on this planet, we really are. And it is up to us to clean up our house, here on Earth. And I think then, after we cleaned up our mess, that’s when they will make contact," Tsoukalos said.

His sentiment was echoed by von Daniken who claimed that extraterrestrials who allegedly visited our planet in the past promised to “return in the far future, and probably they are back already.”

"Now, what can we learn from that? We have to learn to become humble. We are not unique. We are not the crown of creation, neither the top of evolution. We are just one of the millions of species in outer space. They will come back. They will teach us again," he remarked.

Von Daniken also added that numerous suspected UFO sightings suggest that “somebody is around this planet and obviously is observing us, maybe studying our languages, our microbacterias, our weapons, our religious systems, our political systems.”

"They are watching us," he surmised.