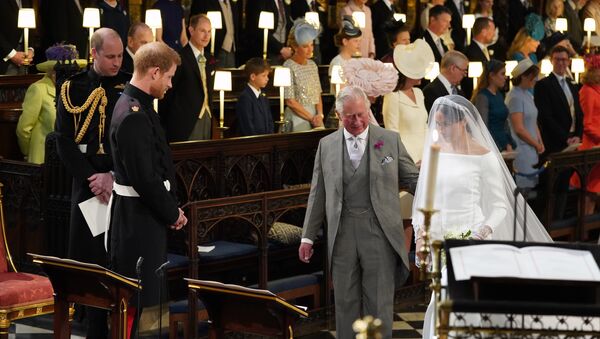 Prince Harry and Prince William are known for having a deep familial bond, but multiple reports suggest that it has weakened over a woman. The problem is, this woman is Meghan Markle, and she is to give birth to a royal baby in several months.

Details of a simmering conflict between the royal siblings have been surfacing across the UK media. According to The Sun, Prince Harry has accused his brother, Prince William, of destroying his relations with his better half.

Anonymous sources in Kensington Palace told the tabloid that Harry and William had an explosive conversation after Meghan Markle, Harry's girlfriend at the time, was introduced to "Wills."

William allegedly told his brother that they knew nothing about the actress's background and intentions. "He just wanted to stress that becoming part of the Royal Family is a massive undertaking and the pressure and scrutiny is unrelenting. Was Meghan the right one?"

Prince Harry's reaction was stormy, the courtier said. "Harry went mental. He accused his brother of trying to finish his romance before it had begun. The brothers' relationship has not really recovered."

The report maintains that Harry is remorseful for failing to protect his mother, late Princess Diane, and now is "going all out" to protect his wife.

"He will brook absolutely no criticism of Meghan — and he is so sensitive he often sees criticism or negativity where there isn't any."

This mirrors a Vanity Fair report which claimed that the two brothers had a fall-out last year when Harry felt that his older brother was not trying hard enough to welcome Meghan into the family.

Rumours about a chasm between the two royal couples — Prince Harry and Meghan Markle and Prince William and Kate Middleton — have been floating around the royal family in recent times.

It emerged two weeks ago that Harry and Meghan, who are expecting their first baby next spring, were moving away from Kensington Palace to a new residence in Windsor, effectively splitting from William and Kate. A royal source, cited by The Sun, says that the Duke and Duchess of Sussex did not want to live next door to William and Kate.