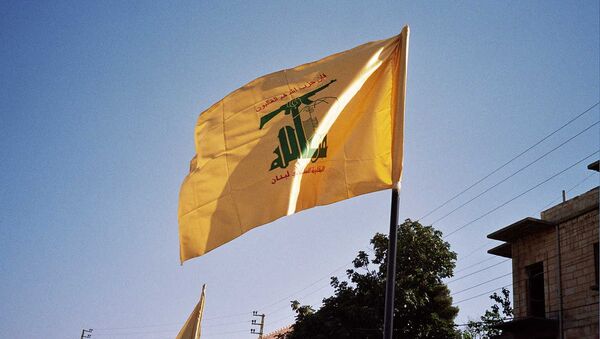 Israel, its US and Canadian allies and the Saudi-led Arab League classify the Lebanese political and militant organization as a terrorist group. Germany, however, does not have its own list of terrorist originations, and refers to a common EU list instead. Brussels considers Hezbollah's military wing a terrorist group, but not its political wing.

The Jerusalem Post has blasted Munster, Germany police chief Hajo Kuhlisch over a meeting he held with a pro-Hezbollah group at a mosque in late November.

"It was a nice evening and productive exchange," Mahdi AG, a local Hezbollah-affiliated Islamic cultural center, wrote on its Facebook page. The post was accompanied by a photo of Hajo Kuhlisch posing for a group photo with several of the organization's members on November 25. According to the organization, the meeting discussed the group's work, "anti-Muslim racism," questions of faith, and other issues.

JP pointed out that last year, Al Mahdi center chairman Hassan Jawad had urged his supporters to wage "resistance" against Israel and said that Israel was "the enemy."

The newspaper also pointed out that North Rhine-Westphalia's interior minister had said in 2017 that groups which support Hezbollah "can presently be banned, if financial support [to them] is provable."

Israel Should 'Beware' of New War With Hezbollah - Lebanese Official
Furthermore, the paper pointed out that Munster's police did not offer any public explanation for the police chief's meeting with a Hezbollah-linked group. Germany's Bild newspaper was told by police that Kuhlisch meets regularly with representatives of various religions, including Christian, Jewish and Muslim groups, with the talks, taking place in a "relaxed atmosphere without a fixed agenda" focused on a general exchange of views and the need for "peaceful coexistence" between religions and cultures.

According to German intelligence, the Al Mahdi center is one of the major meeting areas for Hezbollah supporters in the region. North Rhine-Westphalia's interior ministry was not informed about the meeting beforehand, according to Bild. According to German intelligence, there were some 950 active Hezbollah members in the country as of 2016, with 105 of them said to live in the North Rhine-Wesphalia area.

Russia, China, Iran, Iraq, Syria and dozens of other countries around the world do not classify Hezbollah as a terrorist group. The Lebanese group has played an instrumental role in fighting Daesh (ISIS)* in Syria, but has been accused of being a pro-Iranian proxy group by Israeli officials.