WATCH US Figure Skater Drop His Partner Headfirst on Ice 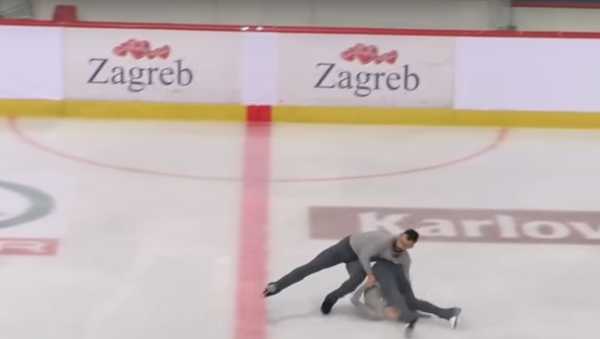 While initially it appeared that Cain lost consciousness right after her fall, the figure skater managed to recover and get up, and the figure skating duo went on to complete their program.

The Golden Spin of Zagreb 2018 competition turned sour for American figure skaters Ashley Cain and her partner Timothy LeDuc after the former suffered a fall during their performance.

The incident occurred when Leduc apparently lost his grip on Cain during an overhead lift and sent her crashing onto the ice headfirst, with LeDuc falling on top of her afterwards.

While initially it seemed that Cain lost consciousness after her fall, she managed to get up and the duo went on to complete their program.

Cain later tweeted that she was discharged from hospital and is going to continue her recovery at home.

(2/2) “Thank you for all of your love and for supporting us! The medical team and staff were wonderful❤️”