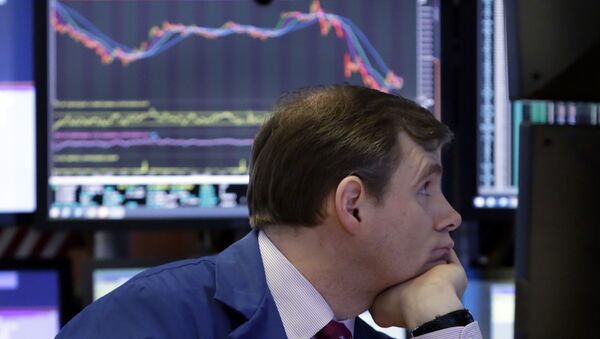 A few factors may have propelled the downward movement. Friday's jobs report was weaker than expected: approximately 155,000 jobs were added in November and unemployment hovered near 3.7 percent, but economists were expecting a higher number of jobs to account for the uptick in seasonal hires.

On Tuesday, the Dow Jones industrial average saw a 790 point drop amid confusion about the so-called trade war truce that the US and Chinese heads of states agreed to at the G-20 summit in Argentina.

Thursday’s trading session began with a dive amid fears about trade slumping, only to recover late in the session on the back of a report in the Wall Street Journal indicating the Federal Reserve may move slower in unwinding quantitative easing with higher interest rates. The Fed is mulling whether to signal a “wait and see” approach for lifting rates, WSJ reported.

A mix of trade fears and the detention of Huawei's chief financial officer by authorities in Canada added to economic skepticism in the second half of the week.