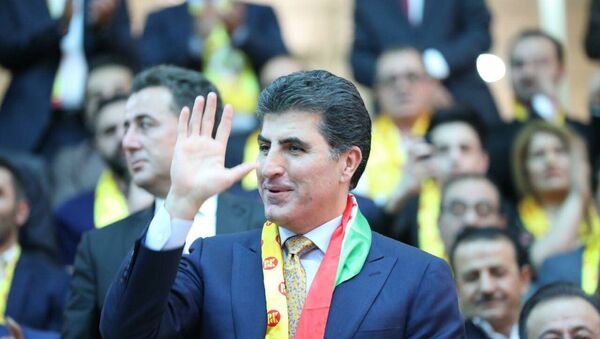 The Kurdistan Regional Government (KRG) is in the process of forming a new government following parliamentary elections in late September, with the respective parties putting forward their candidates for high-level governmental roles.

The Kurdistan Democratic Party (KDP) has nominated incumbent Prime Minister Nechirvan Barzani for the presidency, while Masrour Barzani has been put forward to take over as KRG prime minister.

The KDP emerged victorious in September, with 45 seats, just 11 away from an absolute majority in parliament, and the party is looking to retain the PM’s office and regain the newly activated presidency post.

The post was suspended in November 2017 after then-president Masoud Barzani stood down.

Commenting on the matter, KDP spokesman Mahmoud Mohammed stressed a “strong and experienced person” is needed to unite the region and get it back on track.

“This post has to be re-activated very well and a strong and experienced person shall take the responsibility so that he can keep the situation under control and so that it can be a place to bring together both the government and other institutions in order to face all possibilities and challenges facing Kurdistan,” the party spokesperson told reporters earlier this week.

World
US Must Get More Involved to Enforce Erbil-Baghdad Ceasefire - KRG FM
Nechirvan Barzani, the party’s recently announced official nominee, has been widely tipped to win the presidency, with the 52-year-old enjoying high levels of support in Iraqi Kurdistan for navigating the autonomous region through turbulent times, including the rise of Daesh*, Erbil’s dispute with the Iraqi federal government, and the ensuing financial crisis.

Following the presidency’s suspension, Nechirvan Barzani became acting commander-in-chief of the Peshmerga – Iraqi Kurdistan’s armed forces – and will maintain the responsibility if he becomes president.

During his tenure as commander-in-chief, Barzani played a key role in avoiding an escalation with Baghdad as tempers became frayed over the budget dispute and seizure of the oil-rich city of Kirkuk.

Instead of confrontation, he went down the path of diplomacy and visited numerous world leaders and senior diplomats to pressure Baghdad into reaching a fair compromise with the KRG.

In addition to this, after a protracted period of instability and chaos, most Kurds are looking for a leader to return the semi-autonomous region to its former self – and many believe Nechirvan Barzani is the right person for the job, given his proven commitment and composure.

In late November, the KDP announced plans to enter “serious negotiations” with Baghdad once a new government is formed, to resolve numerous outstanding issues, including the ongoing dispute over the distribution of revenue from oil and natural gas exports.