US, Some EU States Trying to Hinder Investments in Russia - PM Medvedev 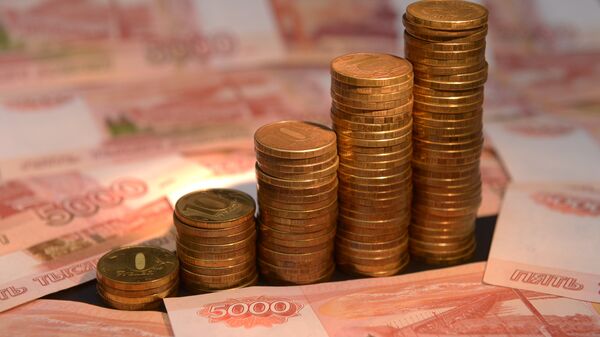 "I recently held a meeting of the so-called foreign investment committee. These are the largest companies in the world, the total capitalization of these companies when they come to visit us here is several trillion dollars. These are indeed the first persons. Of course, they all say: 'We would very much like to stay in Russia, develop our business'," Medvedev said in an interview with Russian television channels.

He noted that no one was leaving the country despite the fact that "separate governments put a spoke in the wheel" of the economic projects in Russia.

Paris, Berlin Blocked New Sanctions on Russia Over Kerch as 'Premature' - Source
"These are the government of the United States, the administration of the US and some European countries. But other countries are behaving much more properly and actively saying that all these sanctions have caused tremendous damage," the prime minister added.

According to Medvedev, there are partners from Europe and the US that continue to "invest with pleasure", as well as businessmen from the Asia-Pacific region, China, India, and other countries.

The Russian Prime Minister also stressed there would be no ban on dollar circulation in the country.

"De-dollarization does not actually mean banning dollar. US Dollar is certainly a key global currency, a key reserve currency, and there will be no ban on dollar circulation in our country, while the circulation should be within a legal framework," he stated, when asked what dollarization would mean for ordinary citizens.

READ MORE: De-Dollarization: Russia Has Found Yet Another Alternative to the Greenback

Medvedev specified that the idea of banning dollar in Russia was "absurd" as it contradicted economic rules, adding that people would be able to "freely deposit money in dollars and freely sell dollars via exchanging them for rubles or other currencies

According to the head of the Russian government, digitalization of the economy creates risks of unemployment level boost, which should be countered.

"In some cases, the introduction of modern digital technologies really means a change in employment positions numbers… The digitalization-related challenge creates this kind of problems," Medvedev noted.

He emphasized that digitalization was not only a blessing but also a huge challenge that the global community, including Russia, currently faced.

"We should make effort so that digital brings more positive things than negative things," Medvedev concluded.