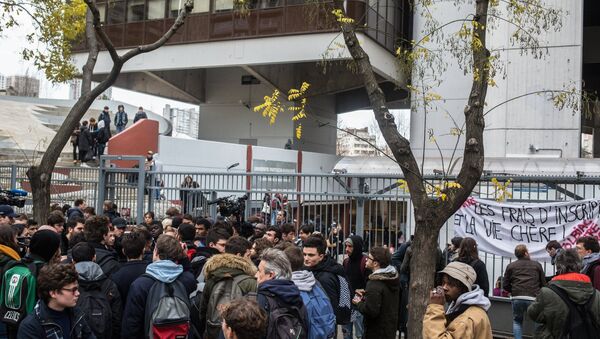 Young people have been protesting for several days, not only in the capital, but all over the country, blocking access to schools and universities, as well as clashing with police.

One of the buildings of the world-renowned French university Sorbonne was completely closed in the afternoon on 6 December due to student protests, a statement issued by the educational institution reads.

The students are protesting against an education reform that complicates selection for admission to higher educational institutions, as well as against a significant increase in tuition fees for foreign students. 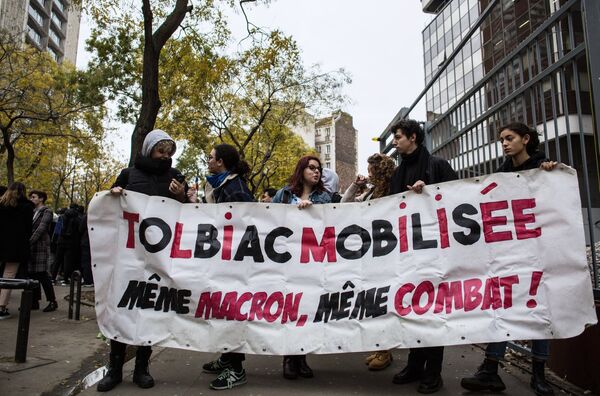 The university said in the statement that the Sorbonne building had been completely closed and that classes inside it were cancelled. The students were allowed to attend classes only in some of the university's buildings.

It was also reported that another building of the Pantheon-Sorbonne University, a centre named after Pierre Mendès-France, was open and that classes were taking place there, as well as that staff could come to their workplaces. However, security regulations do not allow students to access all floors of the building following the destruction of the fire resistant door. 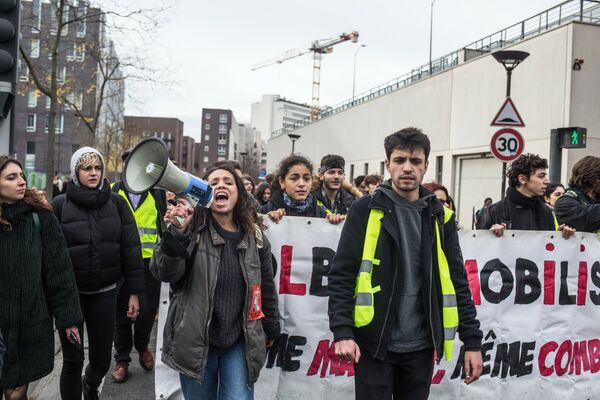 French police have detained 148 participants in the riots organized near the school Lycée Saint-Exupéry in the town of Mantes la Jolie, west of Paris, according to the website actu.fr.

All of those detained were reportedly between 15 and 19 years old, 24 of them were carrying cobblestones, hammers, and armour. It is reported that they participated in the students' protests against reforms in the education system; however, during the demonstration, the students set fire to containers and turned over two cars parked nearby. 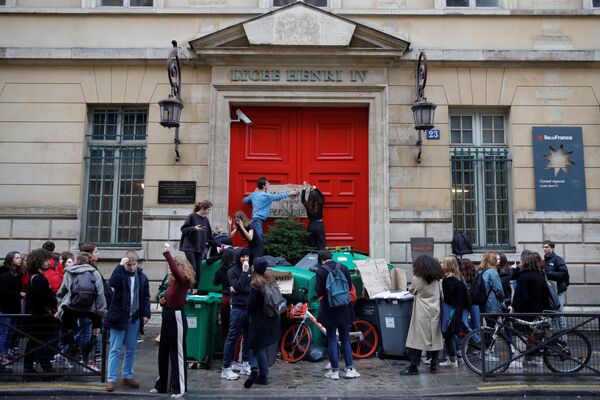 Riots and clashes between students and the police are ongoing all over the country. In Nice, students at the prestigious Lycée Parc Imperial began the day with a protest march that ended with the burning of containers and clashes with law enforcement; as a result, about 10 people were detained, according to the Nice-Matin newspaper.

In Marseille, students threw cobblestones at police officers, who in response dispersed the aggressive crowd with tear gas. In total, several thousand young demonstrators took to the streets of these two large southern cities.

The youth demonstrations are being held against the backdrop of a large-scale social crisis unfolding in France. Outraged by the planned increase in fuel prices that were set for January 1, 2019, the French began to take to the streets all over the country in mid-November. As a result, the prime minister has suspended the tax rise for 3 to 6 months.