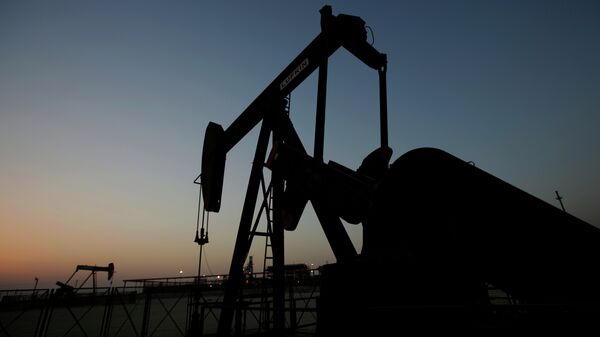 VIENNA (Sputnik) - Many member states of the Organization of the Petroleum Exporting Countries (OPEC) have expressed regret over Doha’s decision to pull out of the organization, Qatari Energy Minister Saad Kaabi said on Wednesday.

"I met the Iraqi minister, I met the Kuwaiti minister, I met the Omani minister, I met the Malaysian minister… Tomorrow, I'm meeting the Iranian minister before the OPEC meeting… The [ministers] that I have met were sad to see Qatar leave because they saw that we have added value over the years and they respect our decision. They remain our friends. OPEC is not the end of the world for us. Basically, we're leaving an organization we were part of but we will meet in other venues, other meetings, other conferences and one-on-one bilateral relations will remain," Kaabi said.

Iranian Petrol Minister Demands Country's Exemption From Any OPEC Deal
The minister noted that he would only attend the opening ceremony of the OPEC session on Thursday and would not take part in other meetings within the event.

Kaabi added he "excused himself" from the cartel's closed meeting where oil output quotas would be discussed since it would be unethical for him to participate in the session due to Qatar's decision to leave the cartel.

Qatar announced on Monday that it intended to leave the oil cartel starting from January 1, 2019, to concentrate on its liquefied natural gas production.

Doha has been a member of OPEC for 57 years. OPEC and several non-OPEC oil producers reached a deal in Vienna in 2016 to cut oil output by a total of 1.8 million barrels per day in an effort to stabilize global oil prices. Non-OPEC states pledged to jointly reduce oil output by 558,000 barrels per day. The agreement, which came into effect in 2017, has been extended twice since then and is set to remain in force until the end of 2018.

Saudi King Invites Qatar Emir to Visit Coop Council Amid Diplomatic Row - Report
The intergovernmental organization is expected to make a decision on the future of the Vienna deal on Thursday during the ministerial conference before putting the proposal on the table for other 10 non-OPEC producers on Friday for a final approval at the OPEC-non-OPEC ministerial gathering.

Meanwhile, Saad Kaabi said that Qatar is mulling over if it should involve partners in the project of boosting the country’s capacities for the production of liquefied natural gas.

"There could be no partners … We are working on, [we are] looking at if there is value of bringing partners. A lot of interest [in the project] is there. And when we decide that we have partners that we think will add value, we will announce that," Kaabi told reporters.

When asked, if Qatar was planning to carry out any joint projects with Gazprom, Kaabi said "nobody is talking to me, so not yet." The Qatari energy minister also said he was not interested in the Arctic LNG project of Russia’s Novatek.

In October, Gazprom’s exports branch said that Qatar had offered Russian companies, including Gazprom, to participate in its new liquefied natural gas production projects. The company added no decision on this issue had been made.

On September, the country’s state-run energy giant Qatar Petroleum revealed its plans to increase its LNG production capacity by 43 percent — from 77 million tonnes, which is currently the case, to 110 million tonnes a year – by 2024.