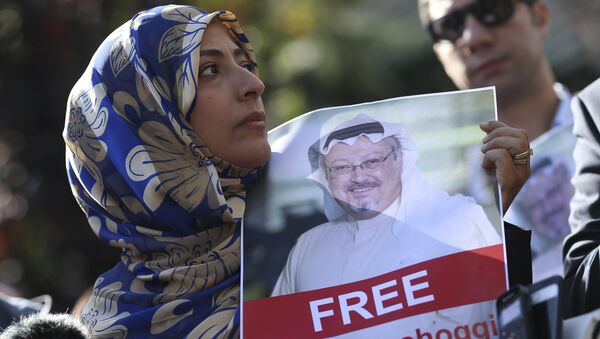 "[The] Senate Resolution… holds … Mohammed bin Salman accountable for contributing to the humanitarian crisis in Yemen, the blockade of Qatar, the jailing of political dissidents within Saudi Arabia, the use of force to intimidate rivals, and the abhorrent and unjustified killing of journalist Jamal Khashoggi," the release said.

"The United States Senate should speak in a clear, bipartisan voice to say that we will not tolerate the kinds of egregious human rights violations we’ve seen from Saudi leadership and, in particular, from Crown Prince Mohammed bin Salman," Coons said in the release.

The resolution also urges the US government and the international community to hold all parties, including Mohammed bin Salman, claimed to be involved in Khashoggi’s murder, accountable and calls on the Saudi government to negotiate directly with the Houthi movement to end the war in Yemen.

It also calls on the kingdom to immediately release Saudi blogger Raif Badawi, women's rights activists and others who have been detained for political reasons.

Khashoggi went missing during a visit to the Saudi Consulate in Istanbul on October 2. Saudi Arabia initially insisted that the journalist left the consulate unharmed, but later admitted that he was killed and dismembered on the premises. The kingdom has insisted that the killing was a rogue operation in which Crown Prince Mohammed bin Salman was not involved.

A similar position has been voiced by US President Donald Trump. Commenting on the killing, he stated that Washington had no substantial proof of the Saudi Crown Prince's involvement in the case.

But the CIA has reportedly assumed that the crown prince was likely directly involved in the killing.