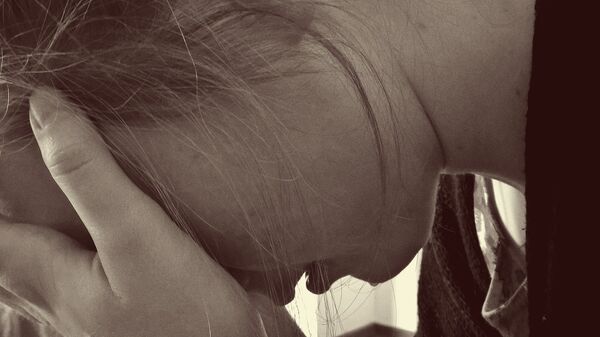 A series of sexual attacks against teenage and even preteen schoolgirls, with the suspected involvement by migrants from the Middle East, has shaken Finland, prompting condemnation from top-ranking politicians including Prime Minister Juha Sipilä and President Sauli Niinistö.

A group of eight immigrants suspected of brutally raping and sexually assaulting schoolgirls over a prolonged period of time have been arrested in the Finnish town of Oulu. According to the police all the men came to Finland as asylum seekers or refugees, some from the Middle East, national broadcaster Yle reported.

The alleged abusers are aged 18-40, whereas their victims were all aged under 15, with the youngest only 10 years of age. At least some of those detained have already received Finnish citizenship.

"We are talking about a period several months", police commissioner Markus Kiiskinen told the newspaper Kaleva. "The suspected crimes are extremely violent and are exceptionally high-level", Kiiskinen added.

Oulu deputy police chief Arto Karnaranta admitted that he has never seen anything similar in his nearly 38-year-long career as a police officer.

"It constitutes extremely serious aggression against minors. I haven't seen anything similar in my entire career", Karnaranta said.

Deputy police chief Karnaranta urged the public in Oulu to keep calm and not to take matters into their own hands, but instead let the police handle the case.

The police in the city of Oulu released an official message to young girls and their parents, warning them of foreign men contacting the young girls on social media and luring them in to situations where they are raped and sexually abused.

More arrests are expected, according to the Oulu Police Department.

Prime Minister Juha Sipilä condemned the terrible sexual assault, calling the events "outrageous", as well as an "inhuman act of incomprehensible evil" in a tweet.

In an official statement, Sipilä elaborated that a number of foreigners are suspected of "the worst crime" against children under the age of 15. Sipilä called integrity a "fundamentally important issue", pledging that criminals will receive their due sentences regardless of their ethnicity. The prime minister also stressed that penalties for sexual offences against children must be in line with people's perception, stressing that a bill to increase punishment has been submitted to parliament.

This message was in effect echoed by President Sauli Niinistö, who called the crimes "shocking in their inhumanity", the daily newspaper Ilta Sanomat reported. According to Niinistö, Finland must muster strength to fight this "evil".

"This should not be happening in Finland", Interior Minister Kai Mykkänen told the newspaper Iltalehti.

Mykkänen said that Finnish society must "find ways to prevent similar cases" and claimed harsher sentencing one of the ways to go.

According to Mykkänen, the authorities should take a closer look into immigrants' attitudes.

"Education and work are of course already being done for integration, but we still have to look at what can be required more clearly in the attitudes, looking into ways in which those who move here can become committed to our values", Mykkänen said.

"Sometimes it feels like nothing can shock you, but this case certainly does", law professor Johanna Niemi of Turku University said.

The Finnish government is currently working on toughening punishment for sexual crimes where children are victimised, as well as a new legislation that would allow quicker deportation of criminal foreigners.

According to Statistics Finland, foreign nationals are disproportionately represented in sex crime statistics. In 2017, 693 Finnish citizens were suspected of rape, compared with 286 foreign nationals.