What Could NATO States Do With $1.07 Trillion Spent on Afghan War Since 2001? 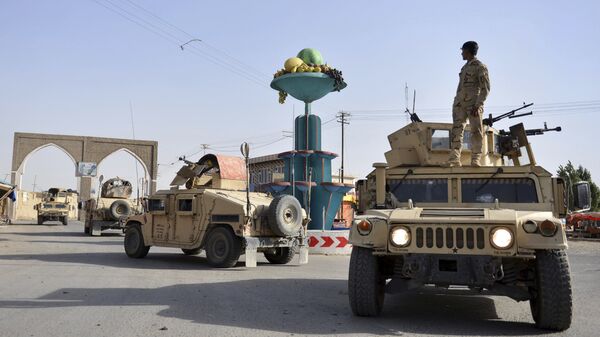 The 2001 US-led military invasion in Afghanistan has caused incalculable suffering, civilian casualties, with record levels of territory retaken by a growing Taliban insurgency.

A damning 2016 report from the US Special Inspector General for Afghanistan Reconstruction (SIGAR) also revealed that US expenses on the War in Afghanistan were astronomically high, opaque and endless due to a mixture of corruption and substandard contracting work opening a black hole in NATO budgets.

As of 26 November 2018, the NATO Afghan National Army (ANA) Trust Fund estimated the defence bloc's total contributions to surpass $2.5 billion alone, despite the Taliban controlling over 50 percent of Afghanistan.

17 years later, the US has spent $1.07 trillion, including a total initial cost of $773 and $243 Department of Defence (DoD0 increase, among others. People are left scratching their heads as Afghan High Peace Council and Taliban forces prepare to strike peace accords in Moscow, not Washington.

Analysts at Sputnik have crunched a few numbers to determine how $1.07tn could have been spent on better, more productive activities.

Ending Poverty Across the Planet

It would cost $175bn (£137bn) a year for 20 years to end world poverty, which is pence on the pounds for the wealthy elite and a mere four times the annual US military budget, according to the Borgen Project. With 3.5 trillion quid, you could pretty much make the whole planet great again.

With the Asia Infrastructure Investment Bank worth twice that of the European Bank for Reconstruction and Development, $100bn alone is a worthwhile investment for tackling global inequality.

Paying Off the F-35 Nightmare

US taxpayers will pay roughly 1.508 trillion up to 2070 for the Pentagon's F-35 Lightening II Joint Strike Force "flying boondoggle" programme. With the extra funds saved by using diplomacy, the US could have bought 11,888 F-35 units, or nearly 410 per NATO country. Conversely, the Pentagon could nearly pay off the cost of funding the programme altogether and fixed the fighter jet's 966 deficiencies. However, one F-35 costs $30,000 per hour to fly, so budget accordingly.

Disgraced 2016 presidential candidate Hillary Clinton received a one-off $675,000 payout from Goldman Sachs to speak privately at Wall Street functions in 2016, whilst earning a total of $22m in speeches since leaving her Secretary of State post 2013.

Costs saved from the Afghan invasion could have allowed Americans $4.4m per year, $366,666 per month and $12,222 per day to listen to Hillary Clinton squawk about Russian aggression and losing elections — a small price to pay for protecting freedom.

The Great Border Wall of America

The Trump administration has asked Congress for a staggering $25bn to fund the roughly 2,000-mile-wide US-Mexico border wall, a Government Accountability Office report found. Should President Trump's assessment prove correct, the US could have used its Afghan expenses to fund an efficient and timely border wall programme along the US border 42.8 times, surpassing the Great Wall (13,171 miles) of China 6.4 times in length.

According to 2016 figures, the UK Ministry of Defence spent £58.3bn, or 2.2% of GDP on NATO expenses, with plans to inject £178bn in weapons over 10 years, a 2017 UK government document showed. With the money UK's defence ministers plan to spend, Britain could instead fund missing £350m NHS hole 509 times and could also pay off 4.5 Brexit divorce bills. 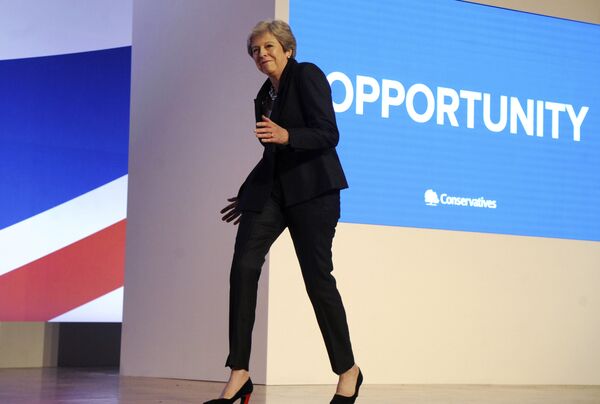 Conservative Party Leader and Prime Minister Theresa May dances as she arrives on stage to address delegates during a speech at the Conservative Party Conference at the ICC, in Birmingham, England, Wednesday, Oct. 3 , 2018.
© AP Photo / Rui Vieira

Owning a dog will cost roughly £12k-17k throughout their lifetime, the People's Dispensary for Sick Animals states. Based on this, the US could have supplied 71.3m Americans with low-maintenance puppies. With a population of 35.5m people, you could buy every Afghan citizen two puppies for life instead, ending the war by uniting a divided and battle-weary Afghan population in mere minutes, with billions to spare.