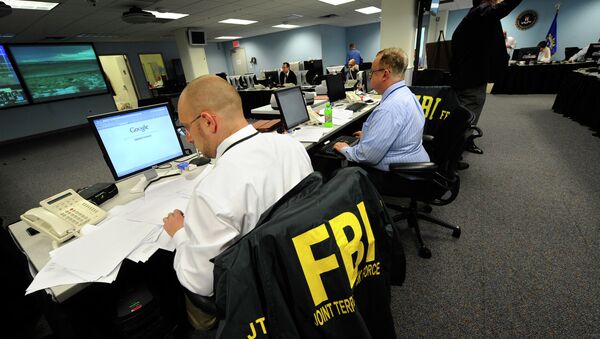 MEXICO CITY (Sputnik) - The US Federal Bureau of Investigation (FBI) has offered a reward of up to $20,000 for information that would help to identify a perpetrator of the recent attack on the US Consulate in Guadalajara, press service of the US Embassy and Consulates in Mexico has said.

"The FBI is offering a reward up to $20,000 in exchange for information leading to the identification and arrest of this individual or group responsible for the attack," the mission tweeted.

Grenade Explodes at US Consulate in West Mexico – Reports
On November 30, a man threw two hand grenades at the consulate building. No victims have been reported.

Fox News reported earlier that the attack could have been ordered by a local kingpin from the Jalisco New Generation Cartel. It cited unconfirmed reports claiming cartel members had been ordered to attack US diplomatic missions.

The US government has initiated a new multi-agency program to destroy the powerful Cartel Jalisco Nueva Generacion (CJNG) drug-smuggling organization in Mexico.

The CJNG is considered responsible for trafficking many tons of cocaine, methamphetamine and fentanyl-laced heroin into the United States and for violence and significant loss of life in Mexico. It also operate sin Europe, Asia and Australia, according to the US Justice Department.

Inside the CIA's El Chapo Board Game
According to the US Drug Enforcement Administration estimates that the CJNG, which was founded in 2011, exerts influence in 23 of 31 of Mexican states, including key drug production and transportation corridors using disciplined command and control and extreme violence.

In 2015, members of the group attacked a military helicopter, killing eight people, and then a police patrol on one of the highways, killing 15 policemen and injuring another five. The casualties were among the largest for the Mexican police in recent years.