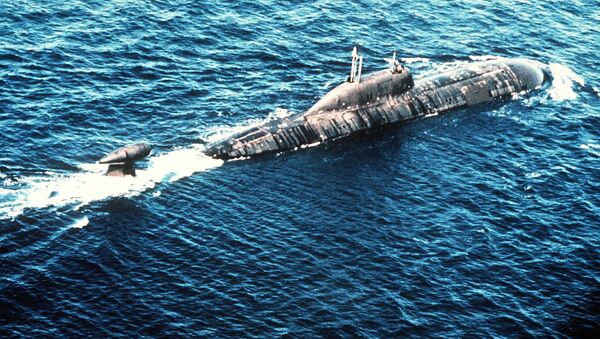 After contracting for the purchase of Russian S-400 air missile systems, India is set to sign more defence deals with Russia. Signals emanating from the defence ministry indicate that the proposal to lease another Akula-class submarine has acquired all major clearances.

The Indian Navy and the country's defence ministry have almost agreed on leasing an Akula class submarine from Russia at US $3.3 billion. A naval delegation led by General (Nuclear Safety) Vice Admiral Soonil V Bhokare recently met with officials from the finance division of the defence ministry and both sides gave a thumbs up to the proposal. The decision will be conveyed to the Russian side soon, according to India Today.

As Sputnik reported on 26 November, Indian Navy Chief Admiral Sunil Lanba had discussed with Russian authorities the co-production of a conventional submarine at Indian shipyard and leasing of an Akula class submarine during his four-day visit to Russia.

India Denies Having Let US Officials On Board Nuke Sub Leased From Russia
Before Admiral Lanba's visit, the Indian naval delegation visited a Russian shipyard and inspected two Akula class submarines, the Bratsk, and the Samara, to select the one to be leased.

Earlier this year on 6 July, Sputnik reported that India and Russia had started discussions on the joint construction and development of a nuclear submarine at a very cost effective rate at an Indian shipyard to be named. According to the proposal, the two countries intend to develop a prototype for under $200 million following which the Russian firm will transfer the technical know-how and related documents to the Indian shipyard.

At present, the Indian Navy has a total of 13 conventional submarines plus one domestically-produced Arihant-class nuclear submarine and one Russian Akula-class submarine on lease. The Indian defence ministry believes that more than 24 submarines are needed to counter the growing influence of China in the Indian Ocean Region. In contrast, despite a shorter coast to defend, Pakistan is adding eight Chinese made conventional submarines to its existing fleet of five submarines. China inducted a dozen Russian submarines and hopes to field 78 subs by 2020.