No Country Will Export Oil From the Gulf, if Iranian Sales Blocked - Rouhani 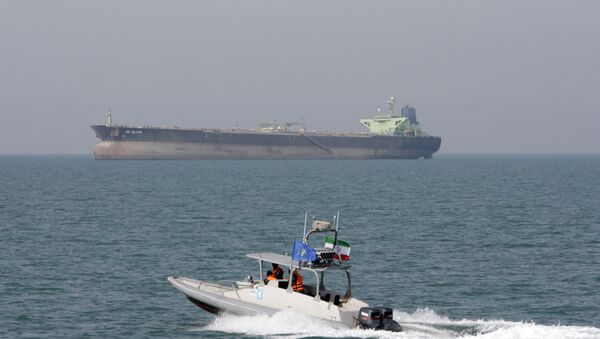 The United States should know that if Iran is prevented from exporting oil then no country will be able to do it from the Gulf, Iranian President Hassan Rouhani said on Tuesday in a speech broadcast live on state TV.

“The US should know [this] that we are selling and will continue to sell our oil and it will not be able to block Iran’s oil exports. And it should also know that if it attempts to stop Iran’s oil [sales] someday, no oil will be exported from the Persian Gulf”.

The Islamic Republic's officials previously threatened to retaliate against US sanctions on its oil exports by closing the Strait of Hormuz, the strategic waterway linking Middle East crude producers to crucial world markets.

On 5 November, Washington imposed fresh unilateral restrictions on Iran's energy, shipping, and financial industries, with a stated goal of reducing its oil exports to zero.

In the wake of the introduction of the new package of sanctions, Rouhani pledged to continue selling oil despite the 'illegal and unjust' restrictions:

'The fact that the Islamic Republic of Iran can sell its oil and will sell its crude… even if these countries [buyers] have not been offered waivers. We would have been selling our oil with honour… We will break these sanctions with honour, because these sanctions are cruel and are against international law', he was cited by Press TV as saying.

The Trump administration decided to grant temporary waivers to eight countries that will allow them to continue importing Iranian oil if they cut their purchases.

The sanctions were introduced following President Trump's decision to pull out of the landmark 2015 nuclear deal with Iran under which the restrictions had been lifted. The first round of sanctions took effect in August.

Other signatories to the deal — Russia, China, France, Germany and the UK — have reaffirmed their commitment to the agreement and have been struggling to bypass the US restrictions.