Mogherini: EU Fears 'Rule of Jungle' May Win Over Rule of Law in Int'l Relations 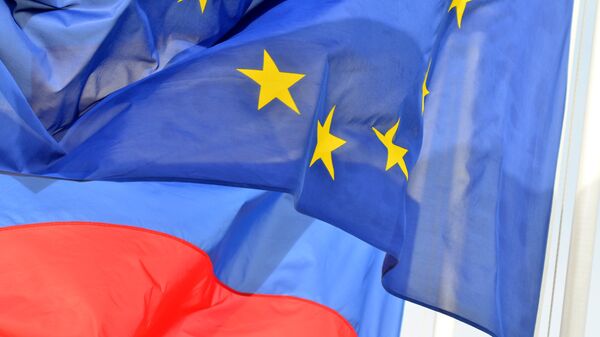 BRUSSELS (Sputnik) - EU foreign policy chief Federica Mogherini expressed fear that the "rule of the jungle" may prevail over the rule of law in global relations as important international treaties are being challenged.

'Today, I am afraid we have to admit that such a new world order has never truly materialised and worse, there is a real risk today that the rule of the jungle replaces the rule of law. The same international treaties — so many in which we are together — that ended the Cold War are today put into question', Mogherini said at the Harvard Kennedy School for Science and International Affairs.

Euro is Too Weak For German Economy, Too Strong For Most Others in Euro - MP
According to Mogherini, instead of constructing a new world order, it is better to invest 'in preventing the current rules from being dismantled'.

The diplomat has also repeatedly stressed the importance of close cooperation between the European Union and the United States for building a fair world order.

During her speech, Mogherini also mentioned the recent incident with the Russian Federal Security Service (FSB) detaining Ukrainian ships in the Sea of Azov for illegal border crossing.

'We have seen in these very weeks that we share the same interest in addressing Russia's violation of Ukraine's territorial integrity: only together can Europe and America face the challenges that Russia poses on European soil, but also elsewhere… And the current events in the Sea of Azov are somehow — I would not say the inevitable consequence, because things like that should always be avoidable but — the direct consequence of a clear violation of the basic rules of peaceful co-existence on European territory', Mogherini said.

NATO Foreign Ministers to Discuss INF Treaty, Kerch Strait Incident in Brussels
On November 25, Ukraine's Berdyansk and Nikopol gunboats and the Yany Kapu tugboat illegally crossed the Russian maritime border as they sailed toward the Kerch Strait, the entrance to the Sea of Azov. The Ukrainian vessels were arrested by Russia after failing to respond to a demand to stop.