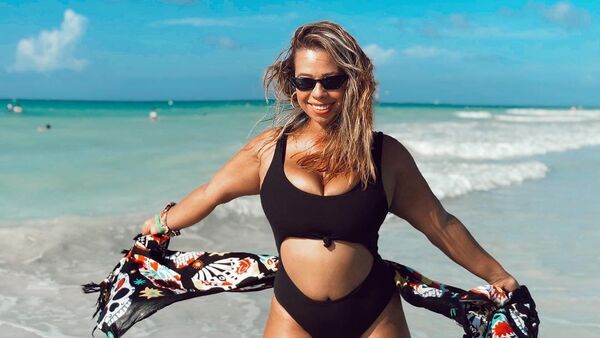 US citizen Carla Stefaniak regularly updated her holiday pictures on Instagram, sporting her best angles and the beautiful Costa Rican landscape around her; however, the recent batch of alluring snapshots ended with a pool pic, in which she claimed she would miss the place, just days before a scary message was posted on Facebook.

Search brigades, who have been combing regions Costa Rica for a tourist, Carla Stefaniak, who went missing last week while on holiday there, have found a body in the woods, confirmed to be that of a woman.

Living my best life! You should too! 🧡

The remains, however, were not identified with 100 percent certainty as being Carla’s, according to Judicial Investigator Director Walter Espinoza.

The 36-year-old resident of Miami, Florida, travelled to Costa Rica to celebrate her birthday in the company of her sister-in-law, April Burton, but never made it back home, despite an air ticket from the capital San Jose for November 28. Burton, meanwhile, left the place a day earlier, on November 27, and thereafter Carla reportedly hired an Uber driver and asked for a tour of San José. She is supposed to have returned safely after that to her Airbnb apartment, a text message sent to a relative that night suggested.

The woman’s final message, sent on Facebook, meanwhile sounded ominous, as Carla informed her dear ones that it was “raining crazy” and the power went out. “It is pretty sketchy”, she summed up, in an intriguing way. Meanwhile, the rented apartment outside the capital was found to contain fluids, believed to be drops of blood.

Before disappearing, she had previously shared a number of pictures on Instagram, with the last one emerging a week ago. The snap shows Carla lying by the swimming pool side and it is captioned: “I am going to miss this place”.

Her brother, Carlos Caicedo, said she hadn’t texted anyone or appeared on social media since her disappearance. Last Thursday, after Carla’s family became suspicious of her having been kidnapped, they set up a Facebook group and a GoFundMe page in an attempt to make the search operation more extensive.