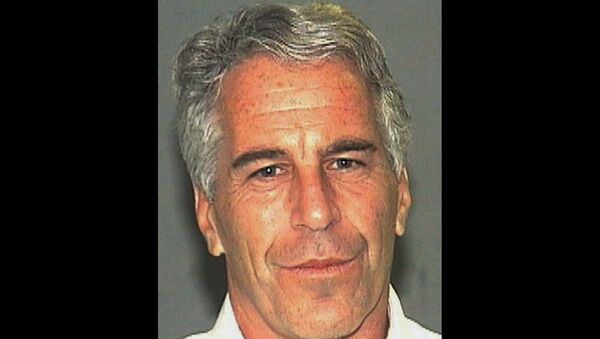 Billionaire Jeffrey Epstein, who has been accused of serial pedophilia with more than 80 alleged victims identified recently in an investigative report, was able to narrowly avoid some of their testimonies at a public trial after reaching a settlement just prior to the jury selection process.

Eyes have been all over the civil lawsuit against Epstein since last week, when the Miami Herald published an investigative report detailing current US Labor Secretary Alexander Acosta's role in granting Epstein a non-prosecution agreement and a sweet plea deal which allowed him to take a prostitution charge instead of a sex trafficking or pedophilia conviction. He was also forced to settle a number of cases at the time.

The non-prosecution agreement effectively shut down an FBI probe into Epstein's sex crimes.

Epstein went to prison for just over a year but was allowed to leave most days for work, and was later allowed to travel on his private jet while on house arrest because of the agreement with Acosta, who was at the time the US attorney with jurisdiction in the case.

Epstein was forced to register as a sex offender, however. That's not so bad, considering he could have faced life in prison if the case had gone to trial, according to the draft indictment against him that was never filed.

On Tuesday morning, the financier was yet again able to avoid trial, this time in the civil case against him by one of the attorneys that has represented the accusers.

Epstein initially sued the lawyer, Bradley Edwards, accusing him in a civil case of using his clients — Epstein's alleged victims — to pay for a ponzi scheme operated by Edwards' partner at his old law firm. After the partner denied Edwards' involvement, Epstein dropped the case.

Then, Edwards sued back, claiming that Epstein had attempted to damage his reputation. A list of witnesses in the case included some of the women who say they were trafficked as teenagers by Epstein. The trial was also set to be public, meaning that the women's accusations against Epstein would have gotten airtime that would have been unprecedented in the decade-long legal saga.

Part of the agreement required Epstein apologizing to Edwards, which he did via a statement that read: "While Mr. Edwards was representing clients against me, I filed a lawsuit against him in which I made allegations about him that the evidence conclusively proves were absolutely false. The truth was that his aggressive investigation and litigation style was highly effective and therefore troublesome for me. The lawsuit I filed was my unreasonable attempt to damage his reputation and cause Mr. Edwards to stop pursuing cases against me. It did not work. Despite my efforts, he continued to do an excellent job for his clients and, through his relentless pursuit, held me responsible. I am now admitting that I was wrong and that the things I said to try to harm Mr. Edwards's reputation as a trial lawyer were false. I sincerely apologize for the false and hurtful allegations I made and hope some forgiveness for my acknowledgment of wrongdoing."

Edwards characterized the outcome as a win for his clients and other victims, of which he says he is aware of at least 39. "This was part of their healing. This was never about me. I took this case — to the end — for them. And the focus should go back on them," he said.

"For a man that was a multi-millionaire, if not billionaire at the time, he was able to buy his way out of what should have been a life sentence," said attorney Spencer Kuvin, who represented three women who say they were abused by Epstein, according to CBS News.

Epstein's teen sex trafficking ring worked like a pyramid scheme, according to victims. They say they were paid to give massages to Epstein, paid extra for sex acts and paid even more to recruit more girls between the ages of 13 and 16 into the ring. The girls were also, at times, allegedly offered up to Epstein's powerful friends.

Those friends have included Prince Andrew and US President Donald Trump's legal ally Alan Dershowitz, who furnished dossiers on Epstein's accusers in order to discredit them while working for the billionaire. Bill Clinton flew on Epstein's Lolita Express 26 times and is reported to have dismissed his Secret Service detail while with Epstein at times. Trump, whose Mar-a-Lago resort allegedly served as a recruiting ground for Epstein on at least one occasion, flew on the Lolita Express at least once and is known to have been friendly with Epstein more generally.