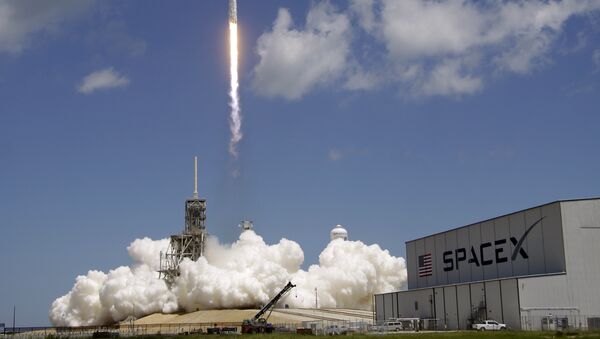 WASHINGTON (Sputnik) - SpaceX has successfully launched a rocket with 64 satellites into space, the company said in a press release.

SpaceX has successfully deployed four microsats and a pair of Spaceflight free-flying deployers in orbit. This ends SpaceX’s role in today’s mission, which is now in the hands of Spaceflight's free-flyers to release 60 more satellites in the coming hours. https://t.co/paq40MckXs pic.twitter.com/xTKitu3Jhp

It also marked the first time SpaceX launched the same booster for a third time, the release noted.

Several of the smallsats launched by SpaceX’s Falcon 9 rocket have radioed their control teams back on Earth, including a German satellite carrying tomato seeds & a Finnish CubeSat with a miniature Earth-viewing radar. More satellites still being deployed. https://t.co/paq40MckXs pic.twitter.com/G928CDoB5B