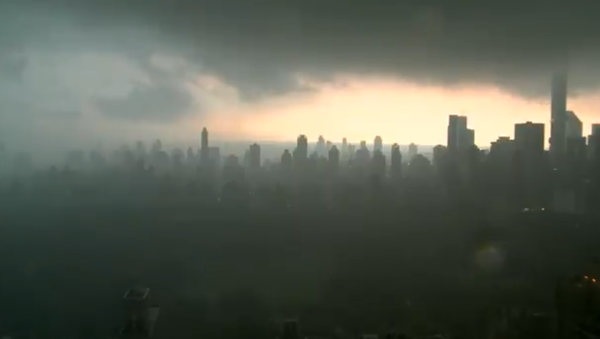 A jihadist poster circulating around the internet called for a new set of attacks on January 1, PJ Media reported Sunday. In the poster, a masked jihadist is shown dangling a bloody knife over a collection of pictures from the 2016 Berlin Christmas market attack. The terrorist poster calls New Year's Day "the day of retribution."

Separately, a Daesh-backing media outfit released a picture of a demolished city skyline with fires burning all over. "Soon, Allah willing, the disbelievers will see the very thing they feared: 1 — 1 — 2019," the text said, as reported by PJ Media counterterror expert Bridget Johnson this weekend.

"And hit them with the explosive belts and vehicle bomb, and shock them with adhesive
explosives and packages, and harvest them with silencers and snipers, horrify and terrify them with the intrusions," the text on another recently released poster said.

In June 2018, Everitt Aaron Jameson, a 27-year-old man from California, pleaded guilty to charges that he had plotted to carry out a Christmas Day bombing and shooting attack in San Francisco, CBS News reported. Jameson confessed to attempts to aid a terrorist organization after making plans for the attack with undercover FBI agents, who Jameson thought were part of Daesh. Jameson admitted his plan was to use pipe bombs to funnel people onto Pier 39, a magnet for tourists, where he planned to them shoot them en masse. Jameson, an ex-truck driver and former US Marine, received a prison sentence of 15 years.