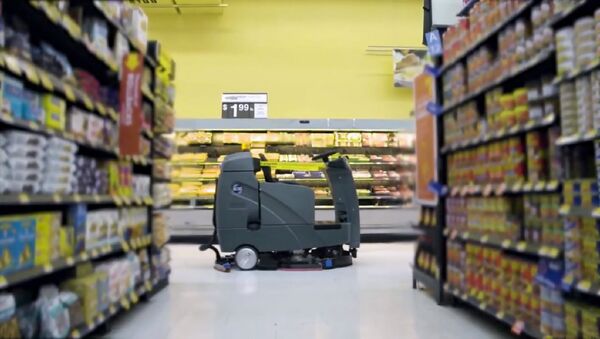 Walmart, the world’s largest retailer, is introducing 360 autonomous robots to manage some custodial duties at the company’s retail outlets.

The company promised to have the robots — which are programmed to clean the floors even when customers are around, according to the company that makes the tech — fully rolled out by the end of January.

Walmart made the announcement in conjunction with Brain Corp., the company that designed the autonomous machines' software.

"We can take anything that has wheels and turn it into a fully autonomous robot, provided that it can go slow and stopping is never a safety concern," Brain Corp. Chief Executive Officer Eugene Izhikevich said, according to Bloomberg. "And it's more than just navigation. It is to robots what Android operating system is to smartphones."

The company doesn't actually manufacture the robots, however, just the software that powers them, called BrainOS. According to Izhikevich, his product already helps scrub the floors at airports in Seattle, San Diego, Boston and Miami.

Izhikevich says the next step for his tech is security patrols and deliveries inside large stores.

"BrainOS is a powerful tool in helping our associates complete repetitive tasks so they can focus on other tasks within role and spend more time serving customers," Walmart Vice President of Central Operations John Crecelius said in a joint statement with Brain Corp.

In other words, janitors may go the way of the sales associate, a position that has seen increasing layoffs in recent years as retailers move towards self-checkout and cashierless stores, like Amazon.