German Police Shut Down Concert Due to Mass Nazi Salute 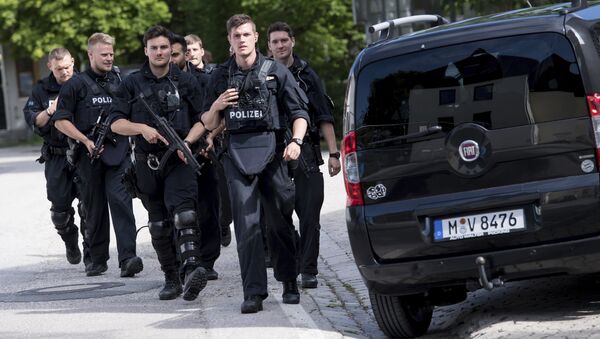 According to media reports, police in state of Saxony had to shut down a music concert after people in the crowd started chanting the banned Nazi slogan "Sieg Heil".

According to a police statement, the concert took place in Ostritz and featured two bands from "the right-wing scene".

READ MORE: How a US Government-Backed Neo-Nazi Group Fosters Fascism in America, EU

Law enforcement had to intervene after hearing illegal shouts coming from the venue at 11:20 pm. Police have opened an investigation.

Ostritz is a town in the Gorlitz district of the Free State of Saxony, Germany, near the country's border with Poland.

Although the origins of the salute were mythologised in fascist countries and falsely attributed both to ancient Rome and medieval Germany, the gesture was first introduced in modern times by the Christian socialist reformer Francis Bellamy, author of the US Pledge of Allegiance. In US schools in the first decades of the 20th century, schoolchildren would stand and salute the nation's flag while pledging their loyalty in unison.

As Bellamy advised, "every pupil gives the flag the military salute — right hand lifted, palm downward, to align with the forehead and close to it."

In 1942, anxious American legislators replaced the embarrassing gesture with the practice of placing your hand over your heart, which survives in US public schools to this day.