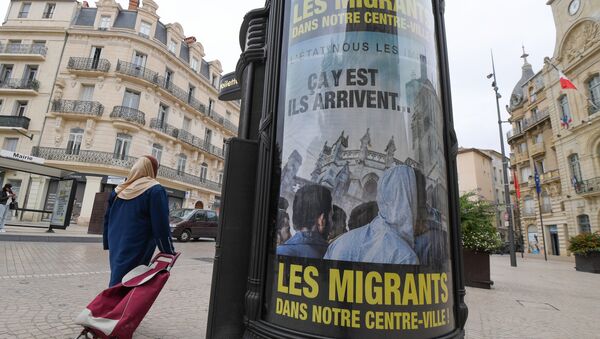 Well over half of France's citizens believe their country accepts too many immigrants, comprehensive poll data published Saturday by the French weekly Journal du Dimanche has shown.

According to the poll, conducted by Ifop in partnership with the Jean-Jaures Foundation and the American Jewish Committee, 52 percent of French men and women believe that France welcomes "too many foreigners". Another 27 percent believe France welcomes "enough". Taken together, some 79 percent of the country's citizens believe France does not need any more immigrants.

World
French President to Saudi Crown Prince: ‘You Never Listen to Me’ (VIDEO)
Similarly, 64 percent of those surveyed agreed with the sentiment that "our country already has many foreigners, and welcoming additional immigrants would be undesirable". 77 percent of respondents said they fear that a policy that is too welcoming of immigrants will end up attracting even more immigration; 71 percent believe excessive migration will lead to a decline in wages due to migrants' willingness to work for low pay.

The French government has swung right on immigration policy in recent months to account for growing public discontent over the ongoing European migration crisis. However, members of the French National Rally party (formally known as the National Front) have urged the Macron government to follow the example of Italy and adopt even tougher rules.

Most of the migrants who have arrived in Europe in the last few years come from the Middle East and North Africa, particularly Syria and Libya, which have been struck by devastating civil conflicts allegedly promoted by the US, France, UK and other foreign powers. Last year, a report by Pew Research Center, a US nonpartisan think tank, projected a dramatic rise in Western Europe's Muslim population over the next several decades, with the Muslim population of France projected to rise from 8.8 percent in 2016 to as much as 18 percent by 2050.