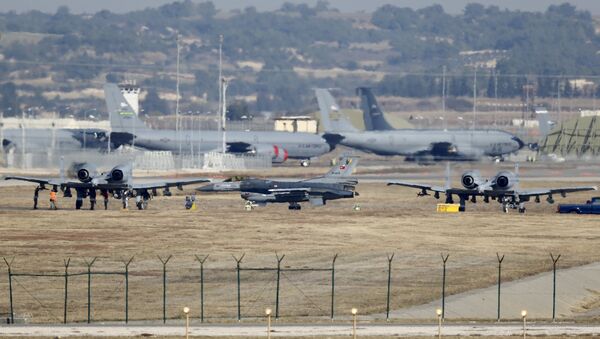 The Pentagon has reportedly delivered a report to Congress saying that it would "reassess" Turkey's involvement in the F-35 stealth fighter program should Ankara continue with its plans to take delivery of Russia's S-400 air defence system.

Speaking to Sputnik about the implications of the Defence Department's report to Congress, whose contents were reportedly revealed by Turkey's Anadolu Agency late last week, Turan Oguz, a veteran Turkish defence analyst, warned that the US would have to be careful about its next moves if it didn't want to lose Ankara as an ally.

"Turkey, along with eight other countries, is a member of the F-35 program. In order to exclude Turkey from this program, all its other participants must support this idea unanimously," Oguz explained. "Even if the United States attempts to put pressure on the other participants, the likelihood of them succeeding in getting Turkey to exit the project is extremely small," the analyst noted.

World
US Promises Air Defence 'Meeting Turkey's Needs' If it Drops S-400 - Reports
Along with the US and Turkey, the UK, Italy, Australia, Canada, Norway, Denmark and the Netherlands are members of the F-35's development program. Ankara has reportedly invested upwards of $1 billion into the fifth-generation stealth fighter, and provides multiple components for every F-35 built. This past summer, the US halted the delivery of F-35s to Ankara over concerns about its plans to purchase Russia's S-400 air defence system.

Oguz stressed that US sanctions over its S-400s could be far-reaching, given the Countering America's Adversaries Through Sanctions act which the US has already used against China for its purchase of Russian weapons.

"This law provides for the introduction of sanctions against those who act against US interests. In accordance with these measures, due to its purchase of the Russian S-400 systems, Turkey may be hit with sanctions against all of the weapons systems it procures from the US. Apart from the F-35 program, the sanctions may affect components for Turkey's F-16s, and its M-60 tanks," the analyst warned. 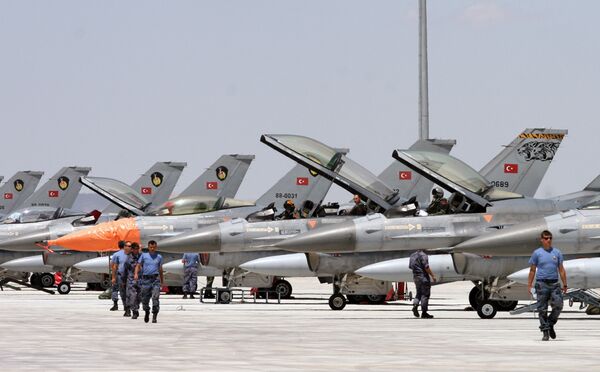 According to Oguz, Turkey's dependence on NATO channels for its defence purchases have led to the vast majority of its arsenal being American-made, meaning a wide range of possible US restrictions  "At present, Ankara has begun to reduce the degree of its dependence on the West, and especially the United States," for its defence needs, "but this is a very long process," the analyst noted.

Turkey, Oguz stressed, fulfills all the obligations set forth by NATO, including the alliance's goal of increasing defence spending. "Accordingly, if Turkey fulfills its obligations…it must have the opportunity to receive high quality weaponry. Therefore, there can be no talk of demanding that Turkey improve its armaments while at the same time refusing to provide Ankara with weapons and military equipment. This is an extremely controversial situation which can push Turkey to seriously consider its place in NATO. Therefore, I do not believe that the current tensions will go far; it would be a step completely devoid of logic."

US Installing Observation Posts in Syria at Turkish Border - Pentagon
Turkey, Oguz recalled, is fighting terrorists in Syria, has a contingent in Afghanistan, works off the Gulf of Aden fighting piracy, and allows NATO forces to be stationed on Turkish territory. "Therefore, we can say that at the moment we are not talking about a crisis between Turkey and NATO, something which cannot be said about Turkish-US relations."

"If the current US administration, known for its impulsive steps, tries to force Turkey out of NATO as 'punishment' for its purchase of Russian weapons, other members of the alliance will not allow it, because it's not in their interests," Oguz concluded.

Moscow agreed to sell Ankara four S-400 batallion sets worth $2.5 billion in December 2017. US-Turkish relations, already strained by a series of disagreements, from US support for Syrian Kurdish militias which Ankara regards as terrorists, to the US sheltering of a Turkish preacher whom Turkish authorities blame for the July 2016 coup attempt, suffered as a result of the sale. Since then, the US has threatened to halt the sale of F-35s to Turkey, while offering to provide Turkey with an air defence system which meets all of Ankara's needs in place of the S-400.