Analyst: US Senate's Decision on New START 'Triumph of Nonsense Over Reason' 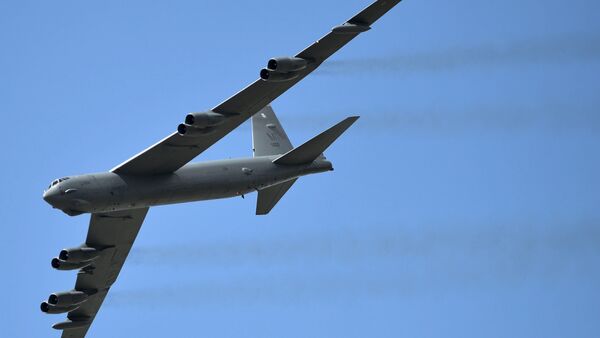 © AFP 2023 / Raul ARBOLEDA
Subscribe
International
India
Africa
Radio Sputnik discussed the US Senators’ proposed legislature on the New Strategic Arms Reduction Treaty with Russia Dr Sanjay Badri-Maharaj - an independent defence analyst based in Trinidad, who was a Visiting Fellow at the Indian Institute for Defense Studies and Analyses.

Sputnik: Now what's your take on this initiative that's just been passed by the US Senate not to extend the New START after it expires?

Sputnik: What consequences could Washington's refusal to extend the current agreement have for global security? Reading this question I know we had this spat maybe six months ago with Syria when America together with allies UK and France launched those missile attacks into Syria, it was an intense weekend all around, with a lot of my friends and colleagues saying very, very nervous times. But I remember specifically after that Foreign Minister Lavrov actually came out on record and said that President Putin together with President Donald Trump would never allow anything to escalate out of control, know can be really trust this American administration to follow what Lavrov is saying?

Dr. Sanjay Badri-Maharaj: I think we can, as much is the Senate is being silly, and that's the only way I can describe it. The fact is that neither country wants its conventional military forces to end up in a shooting war. This is something that would be politically difficult to explain, especially when its on foreign soil and nobody's sure who's side anyone's actually on.

This is particularly the case with Syria, where I think Syria has as many sides as there are people in the country right now. I'm not being flippant, it's a mess there, and neither Washington nor Moscow has any degree of responsibility with respect to Syria, but with respect to global security I think the bigger problem is not the risk of confrontation between them, but the risk of potentially restarting a strategic nuclear arms race.

World
Putin Ready for Holding Contacts with Trump - Kremlin
If the countries resume the strategic arms race or decide the that these treaties limiting their systems don't make any sense, were going to start a build up again, it doesn't suit anybody's interests, it ratchets tensions and it creates an air of confrontation that really should not exist. And we're not talking about physical confrontation, we're talking about a rhetorical and political confrontation at this stage. I don't think either side wants to get into a shooting war with each other but I think there needs to be a toning down of some of the rhetoric emanating from the United States right now.

Sputnik: You're obviously an independent events analyst, this is something you're looking at every week of the year, you've obviously got imbedded knowledge with regard to this particular environment. It's very interesting what you're saying, we know that neither country wants to engage the next war; but there's something, should I say, the geopolitical desire for the military complex to continue that has relationships with elitism, with jobs with, with welfare, with livelihoods. How is this controlled? The question therefore is who benefits from this, and why should be allow it to be continued?

Dr. Sanjay Badri-Maharaj: I think that honestly the military-industrial complex in the United States and to a lesser extent in Russia has a dynamic of its own independent from this and is largely driven by conventional weapons. Both countries are going to continue producing those because there's nothing limiting those, and the United States in particular always seems to be reluctant to cut any part of its conventional forces in recent times. The Russians have been quite drastic in their force consolidation and reductions, over the past decade. Russia has consolidated a great deal. But the military-industrial complex on both sides are looking at new contracts, modernization and that sort of thing.

US Freeze on Open Skies Co-op With Russia Jeopardizes START Treaty - Scholars
That is going to happen anyway, there's going to come a time when the Americans are going to need to replace [inaudible], someone's going to get a contract for that, that's understandable. Same thing with the Trident D5 submarine launch systems, again — understandable. It's going to be interesting to see because of one of the Senator's [inaudible] a lack of funding for the new generation bomber. Now, what does that have to do with the treaty?

The treaty doesn't limit developing a new bomber, what it means if you develop a new bomber take some of the older ones out a service. The Americans, the rationale that they're using for the treaty makes no sense, the military industrial complex is going to continue to do whatever it is going to do. It is interested in jobs, it is interested in business, that's basically legitimate. The renewal or non- renewal of this treaty isn't going to affect it one way or the other. This is a political issue internals the United States and the timing of it is extremely interesting.