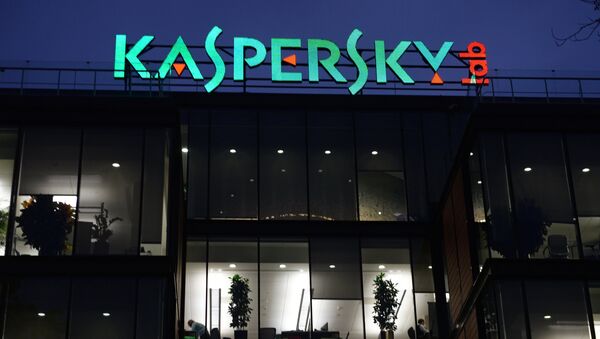 © Sputnik / Kirill Kallinikov
/
Go to the photo bank
Subscribe
WASHINGTON (Sputnik) – The United States Court of Appeals for the District of Columbia Circuit upheld the dismissal of Russian cybersecurity company Kaspersky Lab’s lawsuit against the government ban of its antivirus software, a court document said on Friday.

"This district court thus granted the government's motion to dismiss. We affirm", a court document read.

In May 2018 the US District Court for the District of Columbia dismissed two lawsuits filed by the Russian cybersecurity firm Kaspersky Lab against the federal government for ordering all agencies to remove products made by the company from their networks.

In the court's ruling, it was noted that while removing Kaspersky Lab products from US government networks might have adverse consequences, this does not make the action unconstitutional.

The US government decided to ban Kaspersky Lab products in the wake of Russia’s alleged interference in the 2016 US presidential election last September. The move was explained by concerns about its presence in US federal networks in the wake of allegations of Russia’s 2016 election meddling in the United States.

In the Friday decision, the judge said the prohibition was not a punishment, but rather a measure to prevent Russia's alleged malicious attempts in cyberspace. Therefore, the court ruled that Kaspersky Lab failed to adequately allege that Congress enacted a bill of attainder, the document said.

Kaspersky Lab insists it operates independently and transparently and has repeatedly denied having ever worked for any government or engaged in espionage.