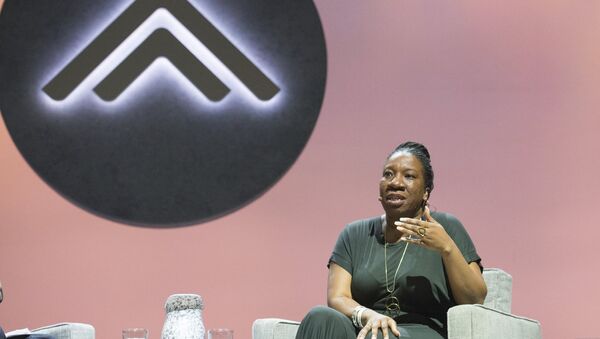 Although the MeToo movement originated in 2006, it garnered worldwide attention only last year, when American film producer Harvey Weinstein faced numerous allegations of sexual assault and rape. Some critics indicate that unsubstantiated allegations could be used for political (or financial) purposes.

Tarana Burke, a civil rights activist who launched the Me Too movement, lamented that her idea to build a world free of sexual violence had been misinterpreted by the media.

"Suddenly, a movement to centre survivors of sexual violence is being talked about as a vindictive plot against men," she told TEDWomen, a conference about women's rights in Palms Springs, California on Thursday. "Victims are heard and then vilified."

Burke insisted that the movement should get back to its initial idea that places the focus on the victims of sexual abuse. "My vision for the Me Too movement is part of a collective vision to see a world free of sexual violence," she said, adding that US politicians seemed to be "pivoting away from the issue".

Critics of the anti-harassment campaign have been claiming that in a number of high-profile cases, allegations of sexual assault and harassment sought to score political points rather than bring about social justice. Perhaps the strongest example was the case of judge Brett Kavanaugh, Donald Trump's nominee for a place on the US Supreme Court.

An array of US officials, including the POTUS himself, claimed that the sexual misconduct allegations against Kavanaugh were used by his political opponents to prevent a Republican majority in the nation's highest judicial body. Donald Trump also underlined that the account of Kavanaugh's accuser lacked details about when or where the alleged assault took place. Despite the seriousness of the allegations, Trump's pick was sworn in as a Supreme Court justice.

Burke first used the phrase "Me Too" in 2006, long before the spread of the eponymous hashtag, to advocate for victims of sexual harassment. American actress Alyssa Milano elevated the conversation to a national level in October 2017 with the hashtag #MeToo, triggering a flurry of accusations against Hollywood mogul Harvey Weinstein. The movement quickly went international, with allegations of sexual misconduct targeting big names in the entertainment, sports, media, and other industries.