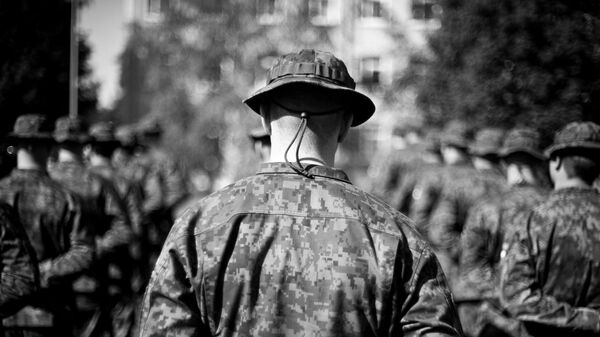 Less than half of young Finns under the age of 25 believe that their country should be defended with weapons if invaded or attacked; the drastic decline in vigilance concerns the authorities.

Finns' 'homeland defence willingness' has hit its lowest point in 15 years, a report by the defence planning commission has shown.

In just one year, the percentage of young people willing to defend their country with weapon in hand has dropped from two-thirds to less than half. The corresponding figure for older age groups varies between 70 and 80 percent.

Attitudes to taking up arms to defend the nation also vary between the sexes, with women feeling less inclined to do it under any circumstances. At the same time, half of Finns believe they live in an unsafe world, a feeling more frequently cited among the older age groups.

Universal conscription is still the most popular option, but universal community service for both women and men has been gathering increasing support.

Defence Minister Jussi Niinistö voiced his concern about his compatriots' declining homeland defence willingness, although he hesitated to call the situation alarming.

'We'll keep an eye on this for a couple of years to seek if it signals a trend of any kind', Niinistö said, as quoted by national broadcaster Yle. He also stressed that Finns still fare well internationally when it comes to willingness to defend their country.

Yle's political commentator Ingemo Lindroos ascribed this tendency to several factors, most importantly the ongoing debate of the future of the civil service, and the young generation's preoccupation with other problems, such as climate change.

One reason may be that the future of military service is a perennial issue for public debate. There is talk of equal military service, alternative service and all forms of civil service, Lindroos mused in her opinion piece.

'The previously widely prevalent idea that young men have to stand up and defend Finland with weapon in hand is no longer obvious', Lindroos wrote, citing a drop in support for the current conscription system from 77 percent to 56 percent.

Another reason is the changing perception of threats, Lindroos pointed out. Nine in ten young Finns perceive climate change as the most acute problem, followed by cyber threats, the migrant crisis and international terrorism. This accounts for Finns being less emotionally engaged in traditional defence issues, she ventured.

In a recent October poll, Finns listed Russia as only twelfth in their list of perceived threats, despite the bent of the country's media and some politicians steadily ramping up the 'Russian threat' as a pretext for joining NATO. Support for NATO among the general Finnish population has dropped to merely 20 percent, according to a recent poll.

The Finnish Defence Forces number some 12,000 staff and over 20,000 conscripts. Finland's official policy lists a wartime military strength of 280,000 personnel as a sufficient deterrent. Universal male conscription is in place for all men above 18 years of age. Alternative non-military service and volunteer service by women are possible. Finland's defence budget equals roughly 1.2 percent of its GDP.