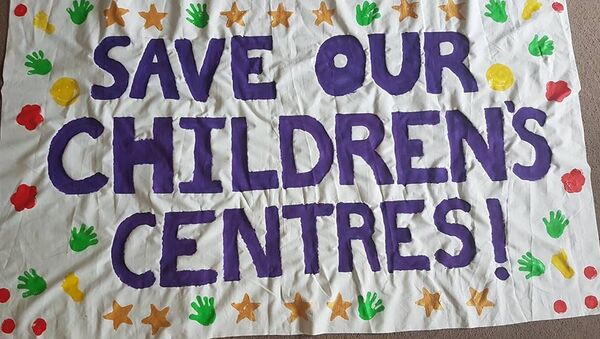 More than 1,000 children's centres in the UK have closed down since 2009 as austerity has forced councils to make cuts. Sputnik spoke to two mothers and campaigners who says Theresa May cares more about Brexit than she does about Britain's children.

Despite Theresa May announcing an end to austerity and "better days ahead" in her keynote speech on October 3, funding for local councils remains low and financially-starved authorities are still closing down children's centres at an alarming rate.

In 1997 the then Labour government under Tony Blair began a £540 million programme of investment in a network of Sure Start children's centres across the UK, designed to help mothers especially in deprived areas.

Liz Blackshaw, who has been campaigning to stop Leicestershire County Council closing down 19 children's centres, said Sure Start was a "lifeline" for her.

Remember that Children's Centres alone have been seen budget cuts of 60%, or £1bn over the past five years. At present, vast majority of vulnerable children receive no support, see https://t.co/zKxwd9BlbZ https://t.co/BcdneqJ0uM

"They opened just as I had my second child. It was an absolute lifeline. Without Sure Start I really do think I would have been in a terrible mess. It can't be understated how important they are," Ms. Blackshaw, co-founder of the National Campaign to Save Children's Centres, told Sputnik.

She said she did not necessarily blame the council for deciding to close her local children's centre in Mountsorrel, near Leicester.

Every single Sure Start and children’s centre that closes is a devastating loss to their community. These centres provide an incredibly important service, yet some cash-strapped local authorities are forced to make the decision to close or reduce them.https://t.co/Oo5JMLfBUq

But she said it was a false economy because insiders within the council had told her that for every £1 they spent on early intervention in children's centres they were saving £4 later on.

Clive Lewis, a Labour MP in Norwich and member of the Shadow Cabinet, wrote a column in his local newspaper, the Eastern Daily Press, on Monday, November 27, calling for children's centres to be closed.

"In contrast to the cuts being pursued by the Conservatives, Labour has made clear that when we get into government we will reverse these measures by spending £5.3 billion on early years as part of a drive to create a National Education Service. All research conducted suggests what happens in a child's early years has a defining impact on their life chances, having a significant impact on their educational attainment, economic security and health," Mr. Lewis wrote.

It's so important that we are heard!https://t.co/ILO7Z3Zsue

In 1997 the then Labour government under Tony Blair, recognising the importance of intervening early in the life of a child, began a £540 million programme of investment in a network of Sure Start children's centres across the UK, designed to help mothers especially in deprived areas.

Since David Cameron replaced Gordon Brown in 2010 and began the era of austerity funding for local councils in England has been massively reduced and, according to the Sutton Trust, around 1,000 children's centres were closed between 2009 and October 2017.

When the children's centres were first set up a "clawback clause" was inserted in the deal, which meant any councils closing them down or selling off the buildings within 25 years had to pay the Department for Education back.

But the Conservative government has not exerted this clause.

"It's like they don't care. They can't find the funding for children's centres but they could find the money for potholes and for Brexit," said Alka Dass, who is campaigning against the closures in Buckinghamshire. 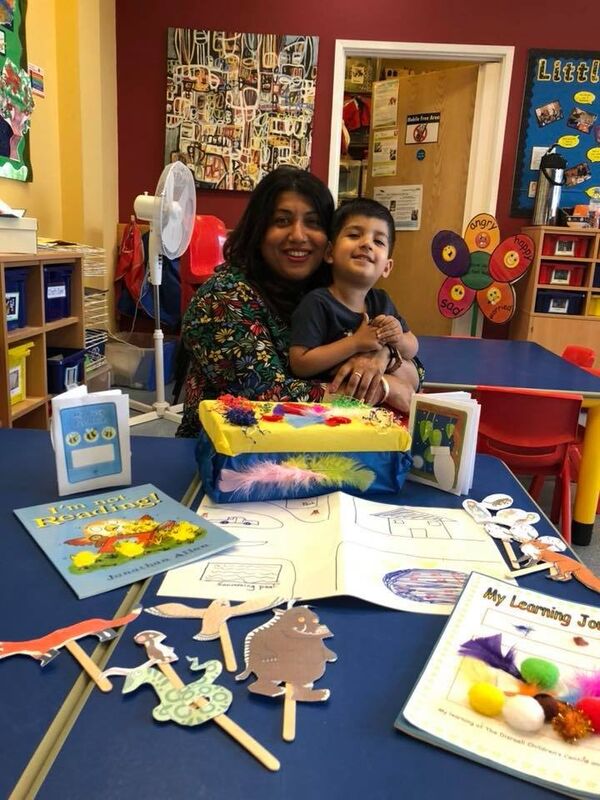 Alka Dass, pictured with her son Jai, has been campaigning against the closure of children's centres
© Photo : courtesy of Alka Dass

Mrs. Dass, another co-founder of the national campaign, said her local Conservative MP, Steve Baker, was approached to get more funding for the local council from central government but said it was not possible.

"In addition Buckinghamshire is possibly going to a single unitary council and will save £18.1m per year. Despite constituents asking for the children's centre's decision to be delayed until a new council is in place and big savings achieved, the council are still keen to go ahead and ignore residents and campaigners," said Mrs. Dass.

Sounds like Norfolk Tory Council must have missed the memo with its plan to close down 46 out of 53 of our children’s centres. A service that’s vital to young children and families #AusterityIsOver pic.twitter.com/86HBZXzCBp

​Baker resigned as a Brexit minister, under David Davis, in July after claiming they had been "blindsided" by Theresa May's Chequers deal.

"They are all so distracted by Brexit. They are ignoring issues like this, the police cuts, the cuts to children's centres. We are wasting so much money on Brexit, we are forgetting about poverty and all the other issues that we are facing," Mrs. Dass told Sputnik.

There are various "loopholes" which councils are using to avoid the clawback clause.

The clawback will only be enacted if the building is being used for something which is not related to under-fives.

So some councils are using them as family centres, renting them out to private nurseries or even mothballing them to evade the clause.

"I understand that councils want to try different models such as hubs in an attempt to optimise building use but to be most effective they need to continue to serve the parents and very young children they were created for," Ms. Blackshaw told Sputnik.

"Local authorities will receive more than £200 billion for local services, including children and young people services, up to 2019-20. In addition to this we are investing more in childcare support than any other government — around £6 billion a year by 2019/20," a UK government spokesperson told Sputnik.

"It is right that we give councils the freedom to decide what services they provide for their communities as they are best placed to understand local needs and how best to meet them, whether through a children's centre building, a family hub, or another model," she added.