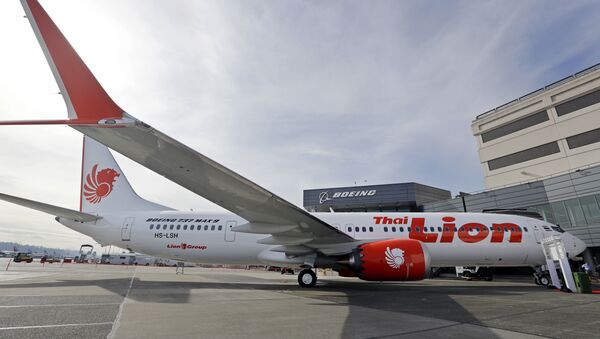 US pilots are worried about the technical problems in Boeing aircraft in the wake of the October 29 disaster, in which the firm's Lion Air jet crashed into the sea off Indonesia coast, killing all 189 passengers and crew.

Allied Pilots Association (APA), the labour union that brings together 15,000 American Airlines pilots, said on Thursday that its delegation had met with Boeing representatives in Fort Worth, Texas this week. APA officials "conveyed [to their] pilots' serious concerns about the issues raised by the Lion Air 737 MAX accident and ongoing investigation," the union said in a statement.

APA representatives discussed wide-ranging topics related to the design of the 737 MAX, including the software that triggers the stall-protection controls, called the manoeuvring characteristics augmentation system (MCAS).

This comes on the heels of a Reuters report that Boeing is considering upgrading its 737 MAX software in sex to eight weeks to prevent a scenario similar to that of the ill-fated Lion Air plane.

The jet crashed into the Java Sea on October 29 eleven minutes into the flight, killing all 189 people on board. Indonesian investigators found that a faulty angle of attack indicator sent erroneous signals to the flight computer that it was in a stall, prompting the MCAS system to push its nose down to prevent a stall.

The pilot was trying to keep the plane in the air as it pitched down, but it became "increasingly difficult to control the airplane," as the load on the steering became too heavy to control manually.

Following the report, Boeing came under fire from pilot unions for not including the MCAS in MAX series manuals or training documentation. An American Airlines said earlier this month that the company's pilots were not made aware of the software being installed on MAX jets.