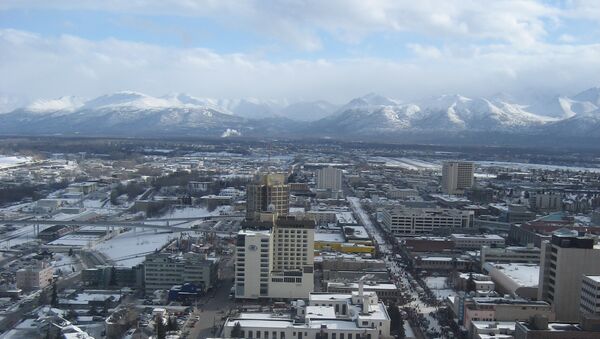 The earthquake took place north to Anchorage, but the tremor felt in the city forced people to run out of offices and seek shelter under office desks.

As the US Geological Survey reported, a 6.7 magnitude earthquake rocked buildings in Anchorage, Alaska's largest city. However, the US National Weather Service reported that the quake of a 7.2 magnitude.

No official information on casualties is immediately available.

​According to US Interior Secretary Ryan Zinke, the seismic activity caused severe damage to the roads, bridges and water pipes in the city. Besides, social media users claim there were power outages across the city.

Major quake here in Anchorage. You can see power outage across much of the city. Lots of damage. #earthquake #anchoragequake pic.twitter.com/nsgeoJf579

According to the scientific agency, the seismic activity was centred about 7 miles (12 kilometres) north of Anchorage.

As Associated Press reported, their correspondent witnessed cracks in the building. Besides, according to the news agency, people in the city were prompted to run out buildings or seek shelter under their office desks.

Everyone just sprinted out of the coffee shop I was at in anchorage in the middle of a huge earthquake pic.twitter.com/IRxBA3Y4EE

Following the quake, a tsunami Warning was announced for coastal areas of Cook Inlet and southern Kenai Peninsula in Alaska.

The tsunami warning has been cancelled for Alaska later, the National Weather Service (NWS) said in a statement on Friday. "The Tsunami Warning in Alaska that accompanied this morning's M7.0 earthquake has been cancelled," the NWS said via Twitter.