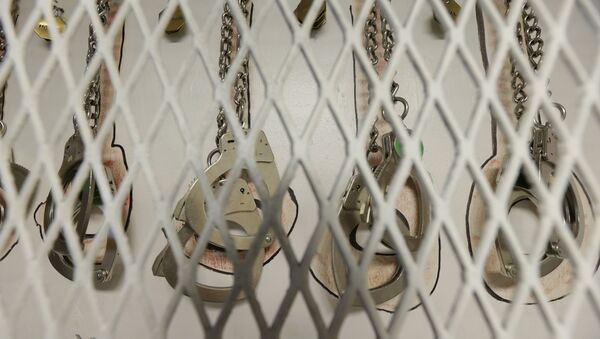 © AP Photo / Ted S. Warren
Subscribe
International
India
Africa
The Russian Embassy has received information about the death of a Russian citizen, who had been placed in detention at the Northwest Detention Centre.

M.D. Amar, a Russian man who spent almost a year at the Northwest Detention Centre for unauthorised migrants after trying to illegally enter the United States has died.

'According to the American authorities, the Russian man died on 24 November at the St. Joseph Medical Center in Tacoma, Washington. Currently, the embassy is investigating the circumstances and causes of the death of M.D. Amar. His relatives living in Russia have been informed about the death of the citizen', the embassy said in a statement.

Mexico Rejects Washington’s Requests to Block Migrants From Seeking Asylum in US
The embassy is currently trying to find out the circumstances and causes of his death.

American media have reported that Amar spent almost a year at the centre for illegal immigrants. While waiting for deportation, the Russian man went on a hunger strike and also tried to commit suicide.