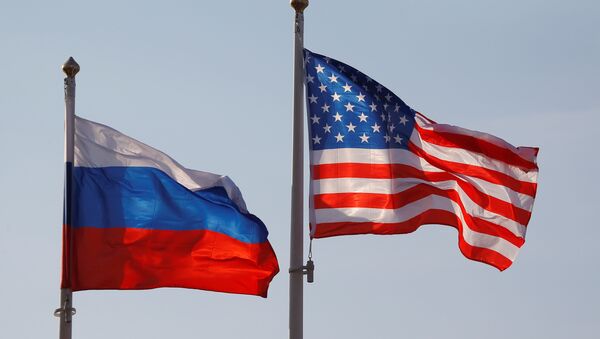 © REUTERS / Maxim Shemetov
Subscribe
International
India
Africa
WASHINGTON (Sputnik) - The US-Russian Joint Commission on Prisoners of War and Missing in Action (POW/MIA) discussed during its annual meeting ways of discovering documents related to several major wars and conflicts in the last century, Deputy Chairman of the Russian side of the Commission, Alexander Kirilin, told Sputnik.

"We are discussing all directions of our activity, which includes the World War II, the cold war, as well as wars in Vietnam and on Korean Peninsula," Kirilin, who is also an Assistant Deputy Defense Minister of Russia, said on Wednesday.

Kirilin noted that Russia has particular interest in clarifying what happened to former Soviet prisoners of war who went missing after World War II.

"We estimate that about 465,000 of these people came through the US immigration services. They include not only troops who had been liberated from the Nazi-Fascist death camps, but also civilians forced to work in Germany. We are interested in clarifying their destiny," Kirilin said.

Kirilin noted that some 5 million Soviets were missing at the end of World War II, adding that the US National Archives has many captured Nazi documents that may shed light on what happened to those missing.

He also said that Russian experts have found numerous documents that can shed light on the destiny of thousands of former Soviet prisoners of war and civilians during the World War II period.

"We were able to find Nazi documents about thousands and thousands of former Soviet POWs and civilians in the US archives," Kirilin said on Wednesday.

Russia, Germany Resume Joint Work to Establish Fate of War Prisoners
Kirilin noted that the findings will be published on the internet at the United Open Access Data Bank "Memorial."

"This work moves forward for a third year in a row, but it is an issue [that will be researched] for many years ahead," Kirilin said.

According to a US Defense Department fact sheet, the commission on was established in 1992 by US President George H.W. Bush and Russian President Boris Yeltsin as a forum to determine the fates of missing service personnel.

The commission is also focusing its efforts on finding US prisoners of war and missing in action from the Korean War, Vietnam War and Cold War believed to be missing on the territory of the former Soviet Union as well as Russian servicemen still missing from various conflicts, including the war in Afghanistan.

The US-Russian Joint Commission on Prisoners of War and Missing in Action is holding this week its annual meeting in Washington, DC.