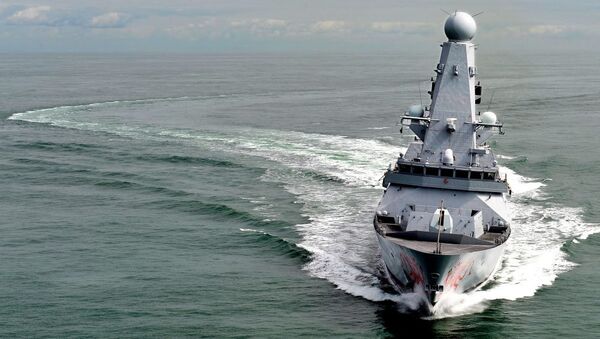 Speaking with Daily Star Online, Admiral Lord Alan West said that sending a UK Royal Navy survey ship to Ukraine amid its heightened tensions with Russia was ‘not a clever idea’, suggesting sending a Type 45 class destroyer instead.

‘If we are sending a ship into an area that there might be fighting, it would be sensible to send a ship that can look after itself and that can fight’, he said.

He also warned that NATO’s actions may fuel tensions in the region following the incident in the Kerch Strait.

‘You have to think very carefully about deploying forces close to Russia. If we send a huge NATO force there it will be seen as an aggressive posture – but we could have a limited number of ships looking after freedom of navigation’.

‘As long as Ukraine faces Russian hostilities, it will find a steadfast partner in the United Kingdom’, he reportedly told his Ukrainian counterpart.

On Sunday, two gunboats and a tugboat sailed from the Black Sea toward the Kerch Strait, an entrance to the Sea of Azov, and ignored the Russian side’s legal demands to leave the area, proceeding with dangerous manoeuvres instead.

Ex-NATO Commander Calls on Trump to 'Stand Up' to Putin Over Kerch Strait Rift
As a result, Russia opened fire at the vessels and seized them, having also detained the sailors on board.

Moscow stated that it was a clear provocation in violation of Articles 19 and 21 of the United Nations Convention on the Law of the Sea, and promised to suppress any attempts to challenge its territorial integrity.

‘We condemn Russia’s act of aggression in seizing three Ukrainian vessels and their crew. This incident provides further evidence of Russia’s destabilising behaviour in the region and its ongoing violation of Ukrainian territorial integrity’.

The UK utterly condemns Russia's use of force against Ukrainian vessels entering the Sea of Azov. Once again, we see Russian CONTEMPT for international norms and Ukrainian sovereignty. Russia must release detained Ukrainian sailors and guarantee free passage through Kerch Straits