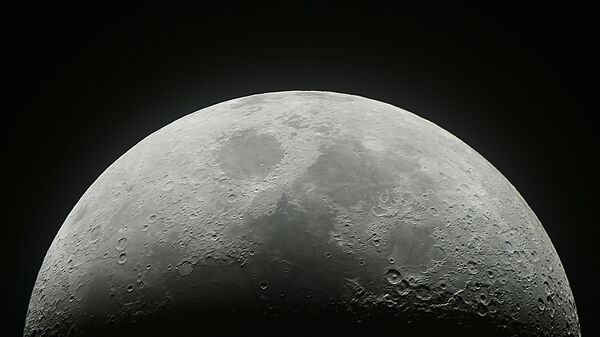 © Sputnik / Vladimir Sergeev
/
Go to the mediabank
Subscribe
International
India
Africa
MOSCOW (Sputnik) - The construction of the Russian lunar orbital station may start in 2025 with the launch of the base module, according to a report entitled "Roadmap to the implementation of the lunar program," prepared by Russia's general designer of manned spacecraft Yevgeny Mikrin and obtained by Sputnik.

According to the report, the base module is planned to be put into operation in late 2025. After that, spacecraft and lunar landing modules will be able to dock at the station.

Earlier in November, Mikrin said at a conference dedicated to the 20th anniversary of the International Space Station (ISS), that the concept of the lunar station had been developed and the outpost could be built between 2030 and 2035.

Russia
Roscosmos, NASA to Work Together on Concept of Lunar Orbital Station - Director
In late September, Dmitry Rogozin, the head of Russian state space corporation Roscosmos, announced that Russia was planning to build its own lunar station.

Russia is also participating in the creation of the Lunar Orbital Platform-Gateway project, brought forward by NASA. Russia has expressed discontent with its role in the project, which prompted the country to consider the creation of its own station.