Finland Distances Itself From Party's 'Unrealistic' Claim on Parts of Russia 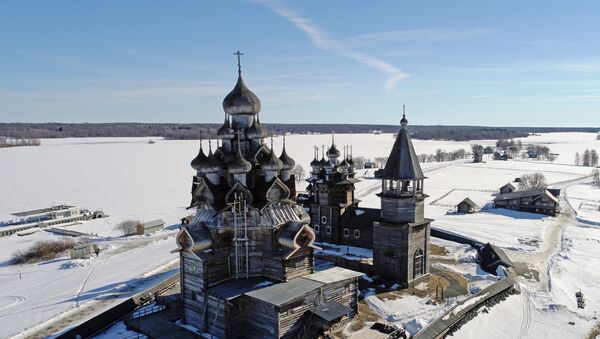 The junior wing of the nationalist Finns party has made waves with its bid to return to the country's 1939 borders, making claims on Russian territory. However, their ambitions have been waved aside by a professor as a pipe dream and not backed up by the authorities.

The Finnish Foreign Ministry has firmly distanced itself from the Young Finns' demand to 'return' parts of Karelia and the Murmansk Region.

'Finland has no territorial claims on any country in the world. Therefore, Finland does not intend to make claims on Russia about the territories that were transferred to the Soviet Union in accordance with the [1947] Paris Peace Treaty', Niklas Lindqvist, the head of the Russia department at the Foreign Ministry, said, as quoted by national broadcaster Yle.

However, Lindqvist also stressed that territorial negotiations remain a theoretic probability, as the 1992 CSCE Final Act on security and cooperation in Europe allowed for peaceful border shifts through treaties. However, Russia 'has shown no intention of doing that', he stressed, and nor does Finland have plans in this regard.

Nor did the Young Finns' dreams of 'Greater Finland' garner support from scientific circles. Tuomas Forsberg, professor of world politics at the University of Tampere, called it 'unrealistic'.

'Russia has no desire to negotiate on state borders and give up its territories', Forsberg told Yle, stressing that Finnish-Russian relations already have deteriorated as a result of Crimea's unification with Russia, which he described as an 'annexation' by Moscow.

Forsberg also emphasised that his compatriots' melancholy over 'lost' Karelia has been gradually subsiding over the years. In the early 1990s, half of Finns supported the idea of reclaiming Karelia. Now, the figure is only around 20 percent, depending on the wording of the question, he stressed.

Previously, the Young Finns voiced an appetite for parts of the Republic of Karelia adjacent to Lake Ladoga, including the Karelian Isthmus. Additionally, their map of desired territorial gains included the nickel-rich Pechenga region of the Kola Peninsula bordering Norway and the eastern part of the Salla-Kuusamo region, which is now shared between the Republic of Karelia and the Murmansk Region.

​All these areas were historically part of Russia, but came under brief Finnish rule following the October revolution and Finland's independence. Following the defeat of the Axis powers (including co-belligerent Finland) in World War II, the 1947 Paris Peace treaty formalised the return of these territories to the Soviet Union. The Young Finns, though, regard the treaty as a historic injustice that should be corrected.

Pro Karelia secretary general Veikko Saksi called the 'return' of Karelia a 'win-win move', as it would 'put an end to hostility' between Finns and Russians and 'bring Karelia in good condition'. According to Saksi, the Russian population wouldn't have to move back to Russia in the event of a takeover. At the same time, he admitted that the idea of re-taking Karelia is not too popular and is only shared by the Finns party and the Blue Reform party to some extent.

Historically, official negotiations on the return of Karelia have been held. Finnish Prime Minister Urho Kekkonen discussed the return of Vyborg in exchange for parts of Lapland with Soviet leader Leonid Brezhnev.

The Young Finns' idea of restoring historical justice was widely mocked online, with history buffs reminding the nationalists that Finland for centuries used to be part of the Russian Empire and the Swedish Realm.