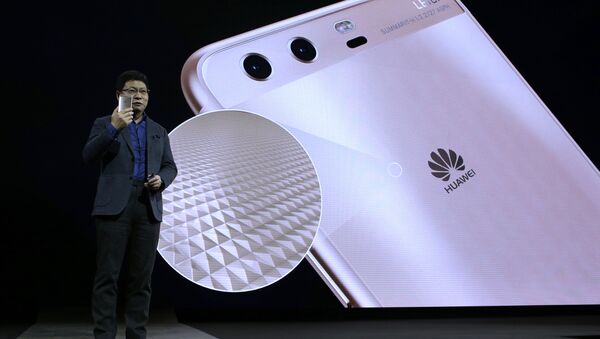 MOSCOW (Sputnik) - The authorities of New Zealand have banned one of the country's largest mobile operators from using the equipment of the Chinese company Huawei to set up a 5G network due to a security threat, Spark New Zealand mobile company said in a statement.

'The Director-General [of the Government Communications Security Bureau GCSB] has informed Spark today that he considers Spark’s proposal to use Huawei 5G equipment in Spark’s planned 5G RAN would if implemented, raise significant national security risks', the statement read.

According to the statement, recently the company informed state intelligence services about its plans to use Huawei equipment to deploy a 5G network.

No information has been provided by the authorities on the nature of the security threat. However, the company stressed that this ban would not affect the company's plans to launch a 5G network by 1 July 2020.

READ MORE: US National Security Concerns Over Huawei Are ‘Such a Reach'

World
US Pushing Allies to Drop Huawei Over Trade War With China - Reports
The move comes amid the US administration's call on wireless and Internet providers in a number of allied countries to abandon the use of Huawei equipment, which Washington accuses of espionage, according to the Wall Street Journal.

In August, following the US example, the Australian government has banned Chinese telecommunications companies Huawei and Zhongxing Telecommunications Equipment (ZTE) from supplying 5G technology to the country amid fears that foreign countries will be able to interfere in the country's communications infrastructure.

The US administration has been trying to convince allied countries to avoid the use of technology from Huawei amid concerns that the world's largest telecom equipment maker could be using its equipment for cyber espionage as part of cooperation with Chinese intelligence agencies.

Huawei is a Chinese multinational telecommunications equipment and services company which supplies its products and services in more than 170 countries.