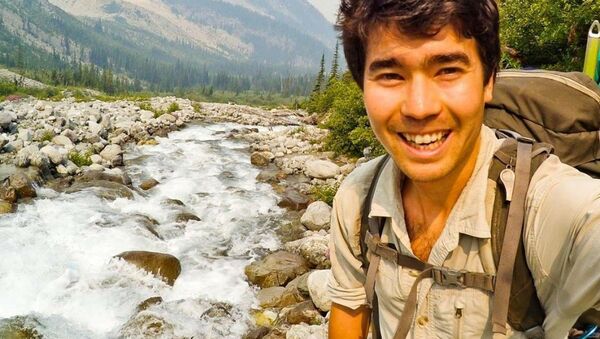 Indian officials working to retrieve the body of American missionary John Allen Chau have reportedly called off the operation, placing it on hold for the moment so as to not disturb the Sentinelese tribe.

The decision was made following a Monday meeting with senior officials involved in the investigation, the BBC reported on Tuesday, citing a source who attended the meeting. The meeting involved Chetan Sanghi, the chief secretary of the Andaman and Nicobar Islands, and officials from the police, tribal welfare, forest and anthropological departments.

"In the initial days, several attempts were made to find the body after the tribesmen were seen dragging it. We know the general direction of where it was taken, but we still don't know where exactly it is," an unidentified source who attended the meeting told the publication.

Although a boat was sent to the North Sentinel Island, the home of the Sentinelese tribe in the Bay of Bengal, on Tuesday morning, the source stressed that it was only to "check the situation."

Taking into consideration the various objections by advocacy groups, officials ultimately decided that the operation was "too risky" to continue at the present time, the BBC's source indicated.

"We want to avoid direct confrontation with the tribespeople," Dependra Pathak, director general of police of the Andaman and Nicobar islands, told CNN. "We do not want to go there and create an unhappy situation."

Over the weekend, one of the observations carried out by investigators of the island ended on a bad note after officials wound up in a staring match with tribesmen on the beach as officials stayed at a distance of roughly 500 meters from the island.

Since the death of the 26-year-old missionary reached headlines, several researchers have called on authorities to leave the Sentinelese tribe alone out of fear that outsiders could place the health of the hunter-gatherer community at risk.

Indian officials reached their conclusion moments after Survival International, a nonprofit organization, released a statement calling on Indian authorities to ditch their efforts in trying to retrieve Chau's body.

"We urge the Indian authorities to abandon efforts to recover John Allen Chau's body. Any such attempt is incredibly dangerous, both for the Indian officials, but also for the Sentinelese, who face being wiped out if any outside diseases are introduced," Stephen Corry, the director of the group, said in a Monday statement.

"The risk of a deadly epidemic of flu, measles or other outside disease is very real, and increases with every such contact. Such efforts in similar cases in the past have ended with the Sentinelese attempting to defend their island by force."

"Mr Chau's body should be left alone, as should the Sentinelese. The weakening of the restrictions on visiting the islands must be revoked, and the exclusion zone around the island properly enforced," the statement concluded.

Prior to hitting the pause button on the operation, investigators were reviewing a 2006 case in which two crab fishermen were killed by members of the tribe in an effort to get a better understanding of the group. Past reports indicated that the Sentinelese later dug up and propped up those bodies on bamboo stakes, AFP reported.

Chau arrived in the region on October 16, staying on another island as he prepped for his trip to the remote island, where he would attempt to introduce Christian teachings to the tribe. The mountaineer reportedly paid a group of fishermen, who have since been arrested, roughly $325 to aid him in his travels.

Prior to the discovery of his death on November 17 by fishermen, Chau had made repeated visits to the island, noting in diary entries that he was aware that the Sentinelese weren't fond of contact with the outside world.

North Sentinel Island is protected by Indian laws that prohibit vessels from coming within 5 nautical miles of the remote island. Since news broke on the matter, Chau's family has called on authorities to release the fishermen and other accomplices from custody, writing in a statement that Chau "ventured on his own free will."