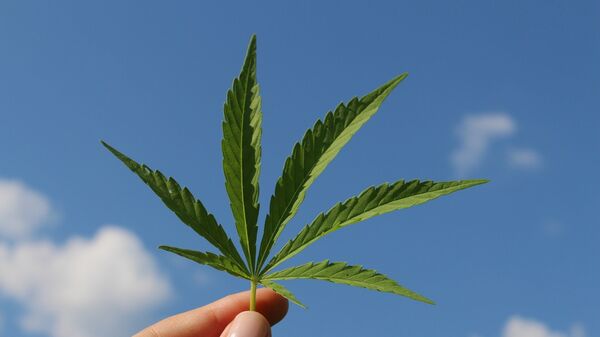 Cannabis and its various forms were banned in India in 1986 when the Narcotics and Drugs and Psychotropic Substances Act came into effect in the country. According to the act, cultivation, production, possession, usage, and transportation of cannabis are prohibited.

Medical marijuana or cannabis may soon be legalized in India as scientists are building a solid case on the basis of its therapeutic properties for conditions like diabetic neuropathy, cancer and in children with epilepsy and sickle cell anaemia.

READ MORE: Cannabis Activist: We Should Obviously Be Able to Access Pharmaceutical Product

On a pilot basis, the government has allowed the Indian Institute of Integrated Medicine in Jammu, to cultivate cannabis for medical research and drug development.

'IIIM, Jammu will conduct a landmark study on cannabis possible the first of its kind, to explore its potential clinical benefits,' Dr Jitendra Singh, minister of state in the Prime Minister's Office, said at a recent conference on 'Cannabis R & D in India'.

Indian Lawmaker Vouches for Legalizing Marijuana
The clinical trials of the cannabis-based drug would be done in collaboration with Mumbai-based Tata Memorial Hospital. Researchers have sought regulatory approval for the trial.

Medical experts believe that India needs to tweak its regulatory system on the lines of countries like Canada and the Netherlands for newer categories of medicinal products based on cannabis.

'Cannabis has therapeutic properties and is known to us since ages. But it has been banned in India due to its psychotropic properties. Cannabis could be used in treating cancer, epilepsy and sickle cell anaemia, diabetes and other chronic diseases. Government is providing necessary support and thrust to make cannabis-based drugs. IIIM, Jammu is the nodal center for the research on cannabis. Now all eyes are on the first human trials', Dr K.K. Aggarwal, former president of the IMA (Indian Medical Association), told Sputnik.

Cannabis has been a part of Indian culture since ancient times. In the ancient Indus Valley Civilization, cannabis was regarded as a sacred plant and offered to Lord Shiva during religious ceremonies. Cannabis is believed to have immense medical benefits, Tetrahydrocannabinol (THC), which is the psychoactive component of cannabis, helps in reducing pain, easing risks of nerve damage and suppressing muscle spasms.